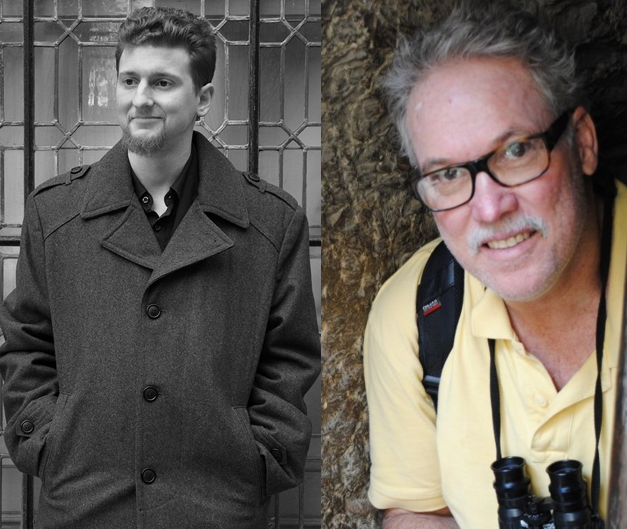 Pictured above: Caleb Maupin, today’s guest on the left and Jeff J. Brown, author and editor of 44 Days Radio Sinoland, on the right.

Jeff is very pleased to host today Mr. Caleb Maupin. Caleb is a radical journalist and political analyst who resides in New York City. Originally from Ohio, he studied political science at Baldwin-Wallace College. In addition to his journalism, analysis, and commentary, he has engaged in political activism. He is a member of Workers World Party and Fight Imperialism – Stand Together (FIST). He is a youth organizer for the International Action Center and was involved in the Occupy Wall Street movement from its planning stages in August of 2011. He has worked against police brutality, mass incarceration, and imperialist war. He works to promote revolutionary ideology, and to support all who fight against the global system of monopoly capitalist imperialism.

Caleb is a regular contributor to New Eastern Outlook (www.journal-neo.org/) and is the United Nations Correspondent for Press TV in New York. His website is www.calebmaupin.info

Learn about China with Caleb and Jeff, as they span the globe, giving you valuable information, insights and analyses you will not find behind the Great Western Firewall. Given the rising tensions in the United States and Europe with China, this show is very timely and relevant to critical current events that are affecting us all, with the specter of war always a consideration.