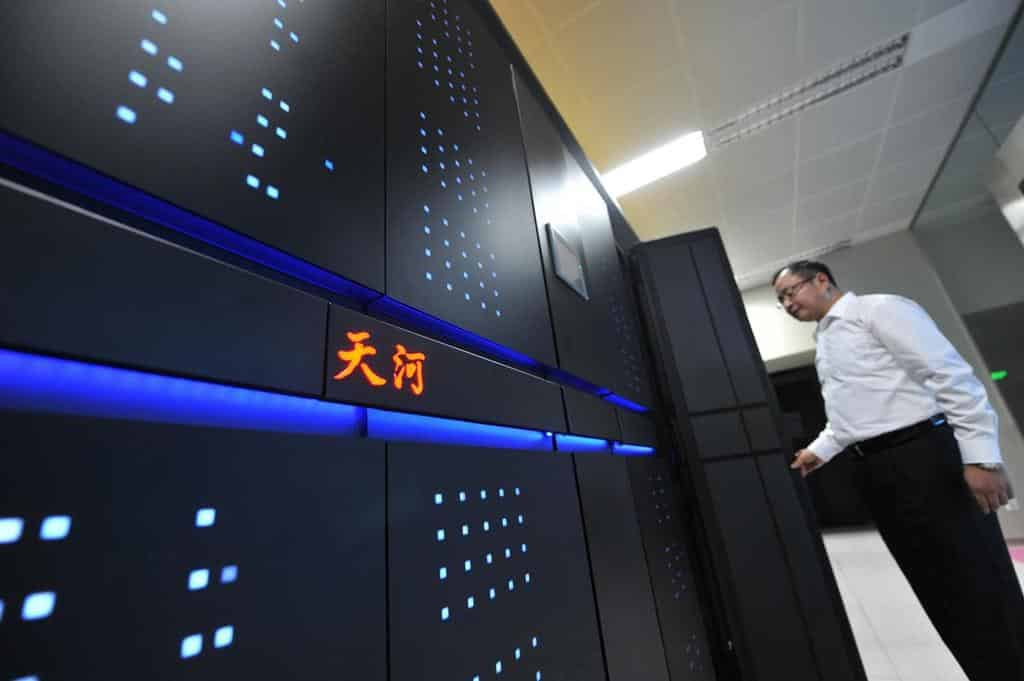 Pictured above: Pictured above is one of China’s Tianhe supercomputers, the world’s fastest. You read that right, China, not the United States or Europe. Image by baidu.com

Crosslinked with The Greanville Post, which added extra information and visuals: http://www.greanvillepost.com/2016/06/01/chinas-advances-in-science-technology-starting-to-surpass-the-west/

Call it China’s 21st century Great Leap Forward, but this time, with microchips and mountains of cash. From 2012-2014, China’s investment in research & development (R&D) skyrocketed 37%, while America’s fell 4%. That trend is continuing today. These days, China has more science and technology university graduates than the US and Europe combined.

China now accounts for 20% of the world’s R&D, vs. 27% in the US and China is gaining fast. Current trends and priorities are very troubling for Americans, who spend 55% of their discretionary federal budget on war and world domination. Conversely, for China, with its long-term, centralized planning, that is guiding its Sino-socialist economy, the future of science and technology (S&T) looks oh-so promising.

As China inevitably eclipses the West in STEM (Science, Technology, Engineering, Mathematics), will Eurangloland resort to World War III, in order to maintain its global empire of colonialism? Or will it join China’s planetary “win-win” cooperation and development strategy, along with Russia, Iran, the ALBA countries in South America and other like-minded allies? Humanity’s survival may hang in the balance.

This is an informative, sobering, yet ultimately hopeful interview, one that you will not want to miss. Today’s distinguished guest on China Rising Radio Sinoland is Dr. John V. Walsh. He is a frequent contributor to CounterPunch.com, Antiwar.com, LewRockwell.com and DissidentVoice.org. He is a founding member of Come Home America. Until recently retiring, he was Professor of Physiology and Neuroscience at the University of Massachusetts Medical School, where he experienced the world of R&D firsthand, as a researcher himself, and also as a peer reviewer of others’ endeavors in S&T. Thus, the knowledge he shares with you today is truly bona fide, while host Jeff J. Brown shares his real life, anecdotal perspectives of living and working in China.

John’s article that is referenced throughout the interview is: https://consortiumnews.com/2016/05/09/china-closes-the-innovation-gap/

Dr. Walsh can be reached at john.endwar@gmail.com. China has innovated the world’s first commercially viable Maglev train technology and they are beginning to install it around the country. (Image by www.baidu.com)

One thought on “China’s Science-Technology + Research-Development: the US better wake up! China Rising Radio Sinoland with John V. Walsh 20160601”