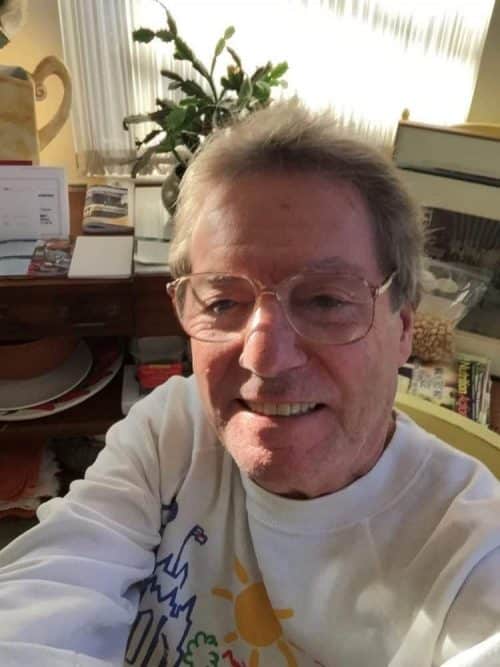 Pictured above: the sage of San Francisco, Frank Scott. [dropcap]H[/dropcap]ailing from the San Francisco Bay area, Frank Scott is 80 years old and not afraid to tell you his age. In fact, Frank is not hesitant to sound off exactly what he thinks and believes, and he doesn’t beat around the bush. Mark Twain could be like that. So could Albert Einstein, both calmly speaking truth to power and making the corrupt elites squirm and look down at their shoes, avoiding the searing white light of unvarnished reality.  Not only is Mr. Scott a great conversationalist, he is an outstanding commentary writer. Since 2007, he has stayed busy, posting more than an article a week at http://legalienate.blogspot.hk/

Someone sent me his blog link a while back and I was hooked. Frank is like a laser guided, anti-West, anti-empire missile, who, unlike America’s arsenal, never misses. See for yourself on his blog. I can read a paragraph and just say out loud, “WOW”, since he is so spot on and devastating to everything our owners stand for, past, present and future. I don’t agree with everything Frank says, but his positions are reasoned, cogent and informed, which is what we all want, when hearing an opinion or idea. He can also be pretty damn funny, which is a plus. As Frank said in the interview, you gotta laugh sometimes at what is going on in the human race, or you end up crying all the time.

After recently introducing Frank to the “must bookmark” Greanville Post (http://www.greanvillepost.com/), where he is now also posting his work, I thought it would be a terrific idea for China Rising Radio Sinoland fans to have a chance to hear the Sage of San Francisco behind a microphone, fired up and ready to change the world – for the better, much better. So, grab a cup of tea, coffee, or a glass of wine or beer, sit back and enjoy our fun and humorous chat. You will enjoy listening to it, as much as I did hosting it.

During the interview, we discussed a few topics you may want to follow up on:

Al-Nakba documentary on Israel and Palestine: http://chinarising.puntopress.com/2017/08/26/look-at-what-jeff-j-brown-china-rising-radio-sinoland-host-is-checking-out-these-days/ (scroll down)

One thought on “The sage of San Francisco sounds off. Frank Scott on China Rising Radio Sinoland 20170914”