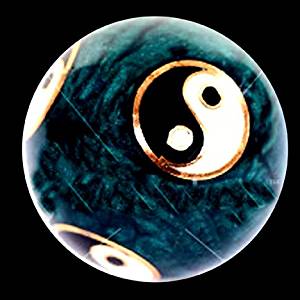 
[dropcap]M[/dropcap]y esteemed guest and China guru, Dr. Godfree Roberts, makes some bold predictions in this captivating and funny conversation. It is all about the big summit meeting between Presidents Xi Jinping of China and Donald J. Trump of the United States, starting tomorrow in Beijing. Your guru on China Rising Radio Sinoland. You heard it here!

How will it all shake out? What promises will be made? Who will the Western mainstream media declare is “the winner”, which empire always feels compelled to do, when it comes to international relations and diplomacy. Or will the results end up being “Sino-win-win cooperation”, and both men are able to shake hands and have no regrets?

Join Godfree and me, as we peer into his magical, all seeing, Yin Yang crystal ball.

During the interview, it was announced that Godfree will be publishing his next book, China 2020: Everything You Know Is Wrong, coming out early next year.

Erratum: During the interview, I misspoke about Obama quoted as saying he didn’t want to end up like John F. Kennedy. Staying color coordinated, he actually said he didn’t want to end up like Martin Luther King, Jr. Same difference. They and Robert F. Kennedy were murdered by their own government. Read all the sordid and researched details in my book, China Rising, listed below, which includes the confirmed Obama story…

Postscript: As Trump’s plane arrives to Beijing in just a few hours, he said the following, as he was leaving Seoul, Korea for Beijing,

This suggests that a lot of work has gone on between Xi’s and Trump’s country teams, before this visit. Much has already been decided and Trump is going to Beijing to officialize the agreements and deals, and to sign all the documents with Xi.

With trashy articles by CFR members, as mentioned in the our interview (https://www.politico.com/magazine/story/2017/11/05/7-dos-and-donts-for-trumps-china-trip-215788), more dead end quotes from Brookings Institution “experts” (http://www.latimes.com/politics/la-na-pol-trump-xi-20171107-story.html) and Amcham officials (http://www.globaltrademag.com/in-the-news/trump-china-prepared-trade-talks), one observation is crystal clear. Trump and Tillerson have completely sealed themselves off from the Department of State and Department of Commerce. Why? Because they are seething viper pits of Bush-Clinton-Obama deep state saboteurs who are working overtime to destroy Trump and his outsider agenda.

Love him or hate him, Trump has turned the corrupt Washington establishment upside down.