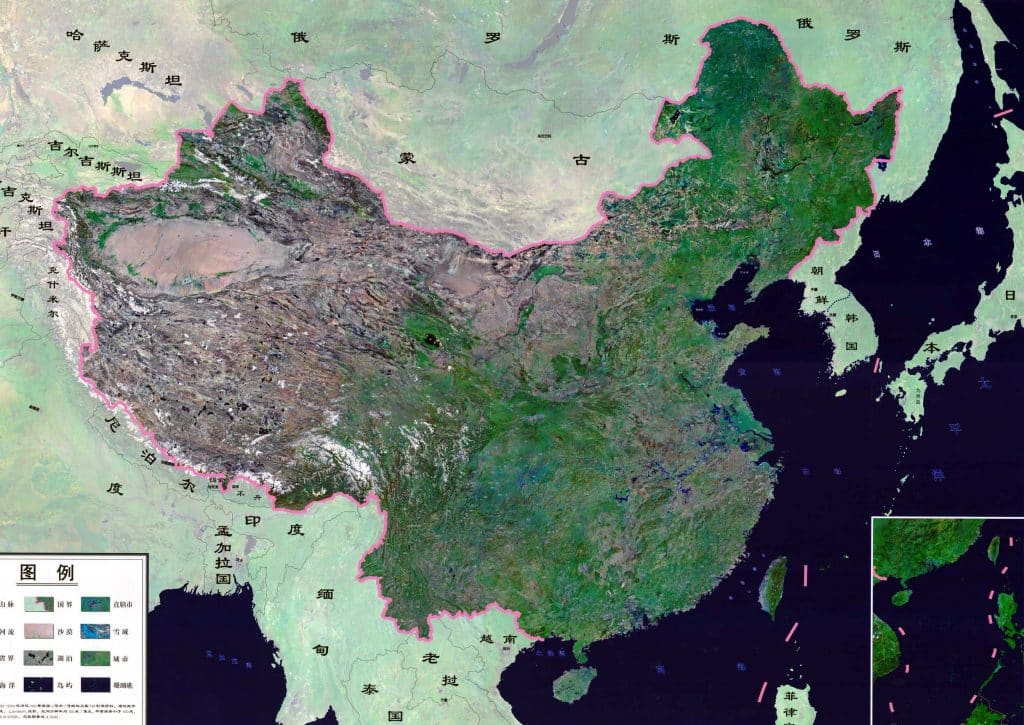 Pictured above, a satellite image of the People’s Republic of China (PRC). Within a just a few thousand square kilometers and depending on how you measure bodies of water, the United States, Canada and China are all nearly about the same size in area, with Russia of course way out in first place.

Note: When finished reading, listening to and/or watching this column and podcast, sharing is caring about humanity’s future and getting the non-mainstream truth out to a wider audience. Please tell your family, friends and colleagues about China Rising Radio Sinoland (www.chinarising.puntopress.com – https://twitter.com/44_Days – https://www.facebook.com/44DaysPublishing), post and follow it on all your social media. Sign up for the email alerts on this blog page, so you don’t miss a beat. Then, read The China Trilogy, to understand your world and where you are headed into the 21st century (http://chinarising.puntopress.com/2017/05/19/the-china-trilogy/). You will be so glad you did!

60 Seconds over Sinoland, this is Jeff J. Brown reporting from Shenzhen.

In 2018, China is going to plant forests covering an area the equivalent to the size of the country of Ireland – in one year. This is not new. I wrote about this in The China Trilogy. They have been planting thousands and thousands of square kilometers of forest, since liberation in 1949.

The Ministry of Forestry is saying cooperation between government and social capital will be put on the priority list. Of course, social capital being networks of people doing good works for humanity. This country, the size of the United States or Canada is going to have 26 percent of its surface area in forest, with 1.4 billion people, by 2035. Unbelievable! Socialism is working in China, check it out!

Source article for your reading pleasure:

Postscript: The China Daily article could have also used Taiwan as a point of reference. Baba Beijing is going to plant almost two Taiwan’s in forests in 2018, which really puts this tiny island province in better perspective (http://chinarising.puntopress.com/2018/01/13/taiwanese-separatists-are-so-sino-screwed-one-way-or-another-china-rising-radio-sinoland-181114/).