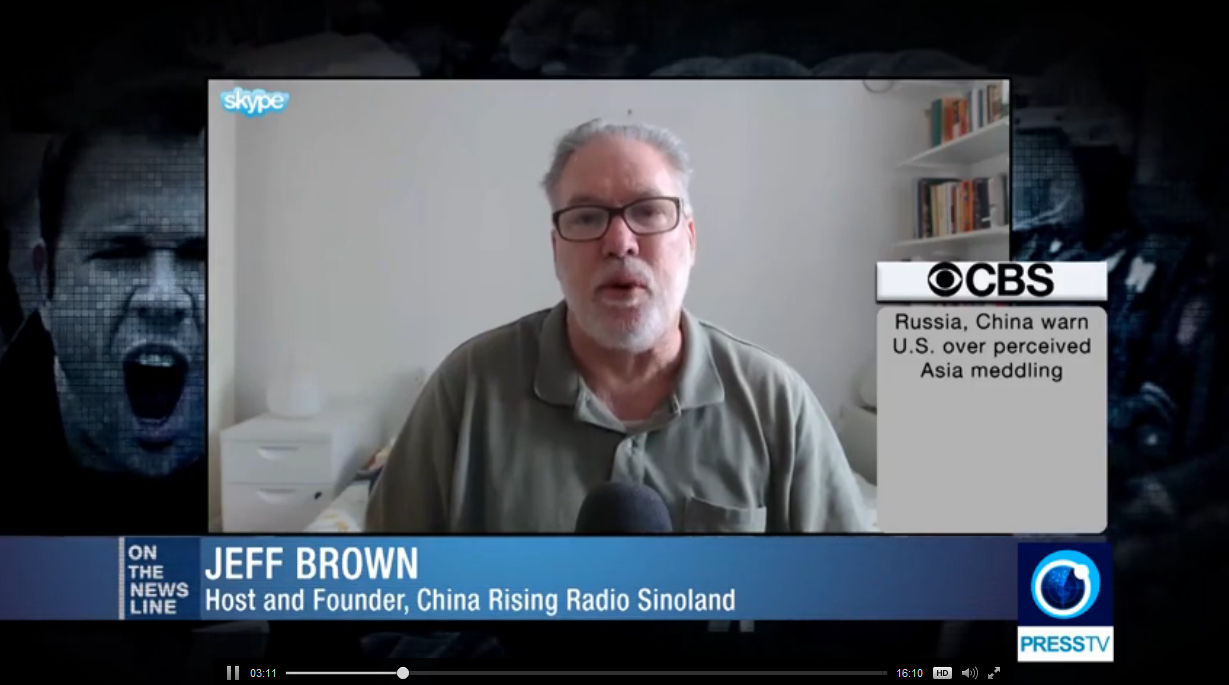 Jeff J. Brown, author and political analyst from China Rising Radio Sinoland, is guest with Press TV’s “On the News Line” show, this one about US-China tensions, which are mounting dangerously in Korea and the South China Sea.

He is featured in the first six minutes of this “On the News Line” show:

The buck stops with YOU. If you don't share this, who will?
2
2
Shares
Categories: China-Russia Relations, China-US relations, Radio Sinoland, Russia, US Empire
| Tags: Korea, Press TV