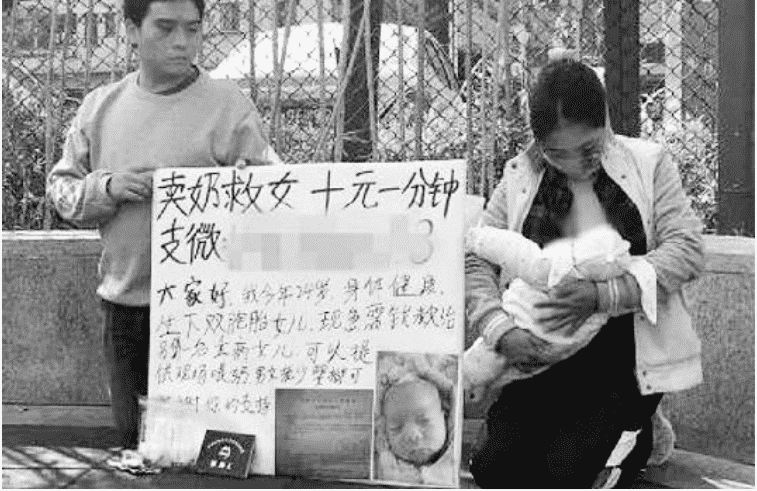 Pictured above, a couple making a graphic protest to address an administrative need. As I wrote in The China Trilogy, this is Chinese participatory democracy in action. There are an estimated 300-500 public protests a day in China and Baba Beijing very diligently works to solve the problem behind each and every one, be it one person on a sidewalk or hundreds marching down a boulevard with placards. The protesters’ success rate in resolving their issues is sky high, proving the efficacy and justice of communist-socialist Sino-democracy.


Note: When finished reading, listening to and/or watching this column and podcast, sharing is caring about humanity’s future and getting the non-mainstream truth out to a wider audience. Please tell your family, friends and colleagues about China Rising Radio Sinoland (www.chinarising.puntopress.com – https://twitter.com/44_Days – https://www.facebook.com/44DaysPublishing), post and follow it on all your social media. Sign up for the email alerts on this blog page, so you don’t miss a beat. Then, read The China Trilogy, to understand your world and where you are headed into the 21st century (http://chinarising.puntopress.com/2017/05/19/the-china-trilogy/). You will be so glad you did!

60 Seconds in Sinoland, this is Jeff J. Brown reporting from Shenzhen. The story referred to today about a woman selling her breast milk on the street to “save her daughter”, is actually an amazing story of Chinese democracy in action.

There are 300 to 500 protests a day in China, from one person up to hundreds, and they all are assiduously taken care of by the Chinese government – Baba Beijing – to help them seek redress. This woman is doing what happens all the time here.

The reason she ran up hospital bills is that China already has universal health care, but if you’re not in your home town it sometimes takes a few months to get reimbursed. That’s why she went into debt and it’s an amazing story of how the government took care of this. They even went to visit her in the hospital and get her an apartment – unbelievable!

Source article for your reading pleasure. Note: the rubbed out section of the couple’s signboard is where Mrs. Tang had written her phone number, for people to pay her or send donations by Wechat or Alipay,