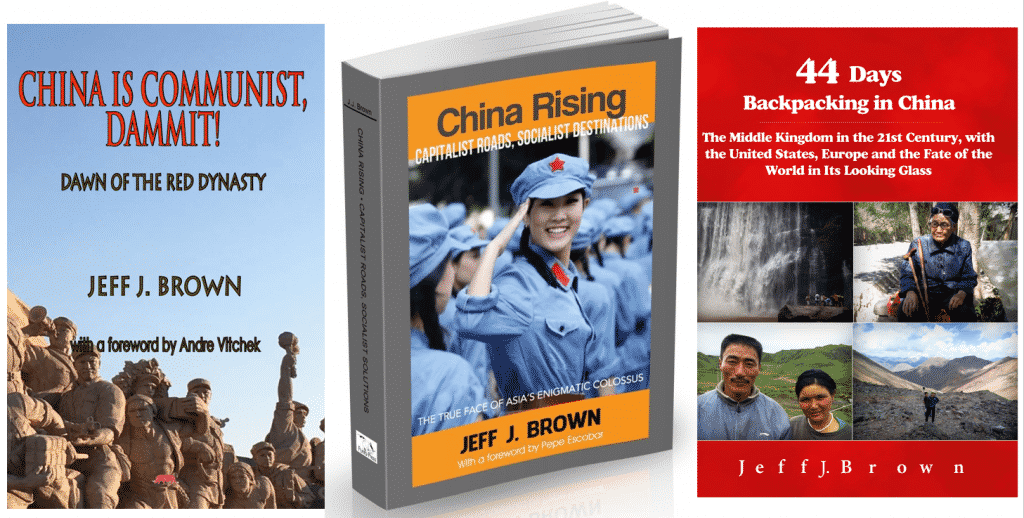 Pictured above: the front covers of The China Trilogy.

PLEASE FORWARD THIS PAGE TO FRIENDS, FAMILY AND COLLEAGUES!

[dropcap] G [/dropcap]reat news! I am selling The China Trilogy – that’s right – all three books – for the clearance sale price of only RMB ¥299 + shipping and handling (see below). We are moving to a new place in Shenzhen later this summer and I don’t need to be lugging this stock around. I’VE GOT ABOUT 30 COPIES OF EACH BOOK LEFT, SO FIRST COME FIRST SERVED, UNTIL THEY SELL OUT!

I will autograph and dedicate each of the three books to you, your loved ones, friends or colleagues. Simply give me the names and I’ll do the rest. In the US, the total cost of The China Trilogy is $85 with (US) shipping and handling, about ¥550, unautographed and without dedications. The cost is higher in Canada, EU, Australia, New Zealand and elsewhere, so, this is a one-of-a-kind 40% markdown on the cheaper US price, an exceptional offer! I’ll even put a vintage 44 Days bookmark in each volume, a few of which I have left!

How to get your China Trilogy: This is an exceptional offer that will likely not be repeated, so take advantage of it! Tell you friends, family and colleagues too!

The buck stops with YOU. If you don't share this, who will?
8
8
Shares
Categories: Uncategorized
| Tags: Alipay, Books, Paypal, Sale, SF Express, The China Trilogy, Wechat, Worldwide