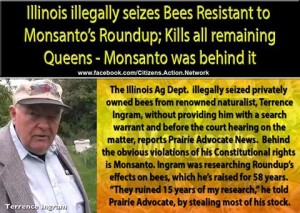 Pictured above: Benito Mussolini, Italy’s WWII-era dictator, defined fascism as the union of state and corporate power, which since 15th century colonialism, has been a fact of daily life in the West, and as a result, for most of the world. Monsanto buying state and national governments to do its dirty work and deny the obvious fact that its multi-billion dollar blockbuster poison, Round-Up, is killing our only home, is capitalism doing what it does best.

If you understand how capitalism works, today’s headlines about Johnson & Johnson knowingly selling cancerous, asbestos-laden talcum powder, from the 1970s to the 2000s – and used primarily on infants and children, should be no surprise,

I researched this for some time and in another article (https://chinarising.puntopress.com/2018/04/29/no-soap-no-shampoo-no-toothpaste-for-three-years-did-i-mention-coffee-enemas-the-miracle-of-personal-science-180430/) noted,

According to product liability laws, companies have no legal obligation to stop using dangerous or lethal products (http://legal-dictionary.thefreedictionary.com/Product+Liability) A moral duty, yes, but not a legal obligation. They can hide damaging proof that they are killing or hurting people, they can spend a fortune on propaganda to counter the truth and they can bribe government officials with legal and illegal “donations”, to stop any public or official inquiry into their damage to people and the environment. All they have to risk is a lawsuit and maybe pay a fine, while these days, not even bothering to have to apologize. Nice and clean and neat. And it’s all legal.

Since when did morals have anything to do with capitalism? It’s all about making as much money in as short a period of time as possible, damn the consequences to anything and anybody, other than to the CEO, officers and board of directors. I wrote and podcasted about this recently (http://chinarising.puntopress.com/2018/04/09/chinas-capitalism-is-first-and-foremost-communist-socialist-china-rising-radio-sinoland-180410/ and http://chinarising.puntopress.com/2018/04/20/chinese-democracy-says-no-more-to-western-garbage-china-rising-radio-sinoland-180421/). Capitalism can only “work” for the company’s owners, when they externalize all the death, destruction and harm they cause onto society at large and onto the government, to eventually cover the costs via people’s taxes.

In the above two articles I cited, I talked about how Merck knowingly exterminated up to 500,000 people with their lethal drug Vioxx. They made billions, paid a small fine and no one went to jail. No one even had to apologize for their commercial genocide. It’s called capitalism.

Humanity is being destroyed, as long as capitalism is the economic system we accept. The only hope the 99% has for survival is for global socialism, which is a steep hill to climb, granted, but we have to start somewhere. China offers a good example to work off of.