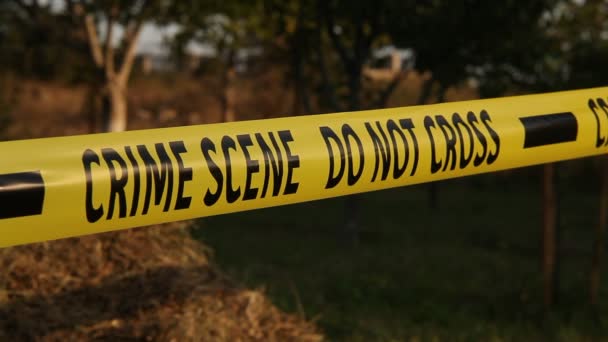 Pictured above: Shoucheng Zhang was very likely another victim of the oligarchs’ endless “suicides”, “heart attacks” and “car accidents”. Get in their way of absolute riches and prepare to die.

Note before starting: G Machine and I stay in regular contact. He does some great writing on East vs. West, philosophy, STEM and variety of other subjects, in English, Russian and Chinese. His website is here (https://gmachine1729.com/), where you can sign up for his email alerts. He worked a number of years in Silicon Valley circles, so knows a lot people and gets really interesting anecdotal news in his research.

Below is a fascinating investigative story involving skullduggery and international intrigue, worthy of a Hollywood script. In real life, Shoucheng Zhang, a 55-year-old, Stanford Chinese scientist was likely killed by higher powers, as you can read below for yourself. Consort with demons and you can pay the price. Enjoy.

How did Stanford physics professor (and also venture capitalist) Shoucheng Zhang actually die? Who might be next?

Last December, on the same day that Huawei CFO Meng Wanzhou was detained, Stanford physics professor Shoucheng Zhang suddenly died at age 55, and media reported it as “after a battle with depression.” I was told that his VC firm, with assets in the hundred of millions of dollars, failed after the price of bitcoin/blockchain, which accounted for maybe 80% of its portfolio, sank precipitously. This year, somebody else also told me that the FBI killed him. I believe some sources online revealed there was some FBI 301 investigation against his Danhua Capital. It’s pretty much impossible to know for sure for those of us without insider information.

I will be a bit harsh here and say that for him to think that he could, while keeping his tenured position in Stanford physics department, also start a VC firm for Chinese in Silicon Valley as a naturalized American citizen mainland Chinese immigrant and not eventually get screwed over is a bit naive. He should have kept out of the business world and just stuck to his physics in academia. I think even had he not died young, he, who had been nominated for Nobel, would not have received it ever after his Danhua Capital got more publicity. It’s not really what a physicist should be doing.

I’ve seen more stuff lately on profiling of ethnic Chinese scientists and engineers in America. As harsh as it might be, I think it is kind of naive for those immigrants to actually expect true fairness in America. I remember when that Temple University physicist Xi Xiaoxing was featured on the news, he said something like

Because I’m an American.

After seeing that, I couldn’t help but think

Is he actually that stupid, or is he just pretending to be stupid.

He didn’t even receive his physics PhD in America for god’s sake, he got it from Beijing University in 1987, he spent his first almost 30 years in China, after which he went abroad, and after the Tiananmen Square Incident, he got his green card in America and promptly became citizen. In the eyes of China, he is a traitor.

I am aghast at how naive and also unethical how some of these STEM immigrants from mainland China are, of my parents’ generation. Like, lately, I learned of this company called Moqi Inc based in Beijing that’s creating fingerprint recognition technology for Chinese police department. It’s being funded by a US venture capital firm and on the board of directors is Princeton computer science professor Kai Li, who had in America co-founded a computer storage company Data Domain that was acquired for $2.4 billion. I’m guessing Kai Li helped the two young founders with Princeton doctorates get funding from that American VC firm called NEA. How is this unethical? This is a guy who is a naturalized American citizen, who had swore an oath to America after the Chinese government sent him to do a PhD at Yale in 1981.

The details were publicized here:

https://www.intelligenceonline.com/surveillance–interception/2019/12/03/moqi-spearheads-beijing-s-biometrics-technology-transfer,108384647-art. (the link is broken, but the cache still remains when searching on Bing)

With the help of the Chinese Ministry of Public Security (MPS), Moqi is bidding to become a global company of reference in fingerprint analysis thanks to its record-breaking software.

The Chinese startup Moqi unveiled its fingerprint analysis software FingerID at the Milipol law enforcement and security trade fare in Paris in November. After winning several contracts with the Chinese authorities, the firm founded by former Princeton University students is looking to make its mark on the export market. Developed in close collaboration with the 3rd research institute of the Ministry of Public Security, or Gonganbu, FingerID is already deployed in the government’s Golden Shield network, used by the police. Its deployment has led to the development of a huge centralised nationwide fingerprint database. Thanks to hosting its software in the cloud, Moqi boasts that it can compare a set of fingerprints to a database of 2 billion digitalised fingerprints in a matter of seconds.

Based on computer vision algorithms, the programme is optimised to recognise and digitalise fingerprints from photographs. A mobile application provided to Chinese police officers ensures that an individual’s fingerprints can be taken without the need for special equipment. Moqi also sells a contactless fingerprint reading device whose optical sensors take 3D pictures.

In Europe, Moqi is seeking commercial partnerships to help it win the confidence of leading companies working in biometric technology. Moqi is offering to provide companies with a compatible application programming interface (API) to speed up the integration of its algorithms in the main systems that are available on the market.

These people have no loyalty, none to China, none to America. They’re mostly spineless opportunists. And very greedy, you could say in a short-sighted way. This Kai Li not only became Princeton professor, he probably has a net worth of over $100 million too, he got so much from America. And now he’s serving a company in China with direct ties to “Ministry of Public Security” and “Golden Shield Project” (that’s the Chinese firewall) as an American citizen.

More evidence from their webpage: https://moqi.ai/about-us.

From their English version site: https://fingerid.ai/about-us.

Kai Li
Board Member
Ph.D. | Professor in Princeton U | Member of NAE

As you can see, there’s a photo of American Kai Li on there, along with Weinan E another Chinese immigrant Princeton professor, though quite different from Kai, it seems like Weinan is still a Chinese citizen, so his taking part in this is actually somewhat more acceptable.

By the way, having been in China for a while now, I’ve realized that the Chinese in China are very different from those who opt to go to America. I won’t elaborate on that for now. I just hope that Americans realize that the Chinese they encounter in America are a political extremity of the Chinese population. Even the normal Chinese in China increasingly don’t want to be associated with them or even despise them, let alone white Americans.

More press releases about the company in English

2 thoughts on “How did Stanford physics professor (and also venture capitalist) Shoucheng Zhang actually die? Who might be next? By: G Machine”