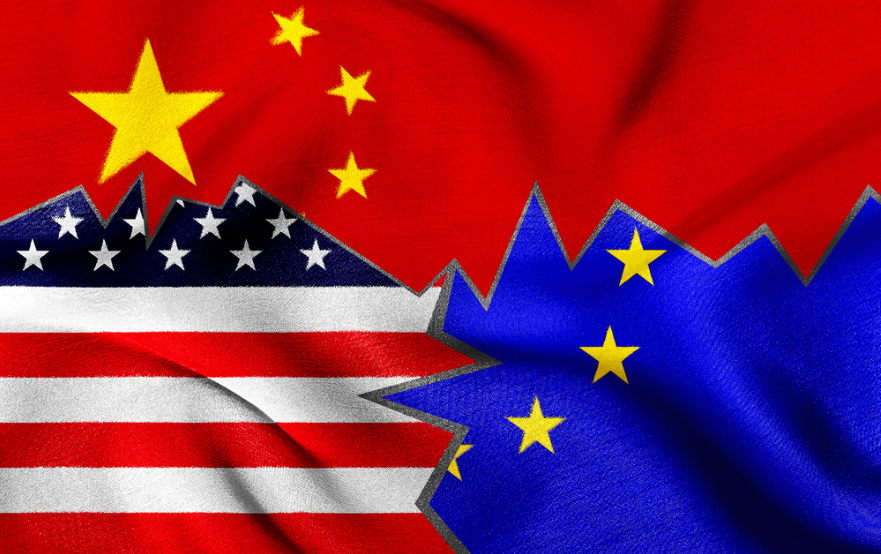 Pictured above: the bitter truth for all Europeans is that their blue and gold flag is an hollow icon, since Uncle Sam has been controlling, abusing and exploiting the Old Continent, and ongoing, since the end of World War II. Being both French and American, this is a depressing irony for me.

Europe ‘Pressured to Choose Sides’ in Tightrope Balancing Act Between US and China? China Rising Radio Sinoland pitches in on Sputnik News.

Speaking to a group of German diplomats on 25 May, EU foreign affairs chief Josep Borrell reiterated a call for the 27-nation bloc to work towards adopting a more independent stance towards China, forecasting the arrival of “an Asian century”, with the COVID-19 pandemic increasing the “pressure to choose sides”.

Amid the ongoing COVID-19 pandemic, which has impacted diverse aspects of economic and social activity on a global scale, starkly exposing vulnerabilities and bringing to the forefront numerous issues that cannot be procrastinated over, EU foreign affairs chief Josep Borrell recently urged the 27-nation bloc to enhance efforts towards hammering out a more independent stance regarding China.

Addressing a group of German diplomats on 25 May, the top EU diplomat underscored that when it comes to Sino-European relations, the “pressure to choose sides is growing”. 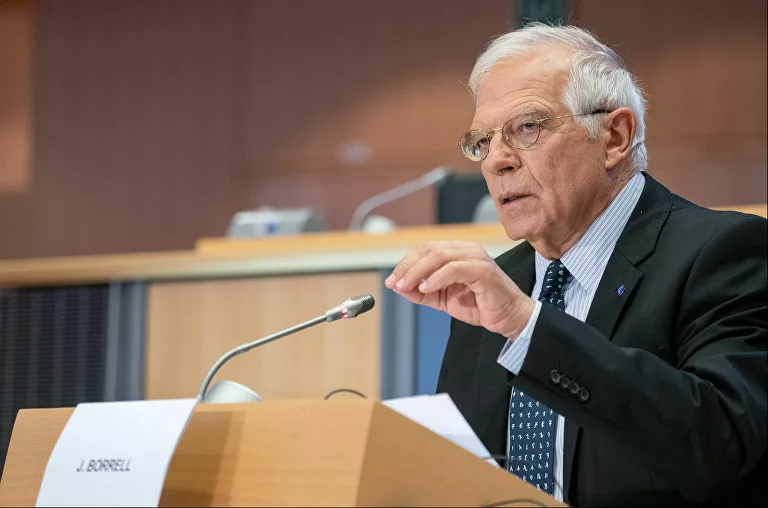 Josep Borrell, the EU foreign affairs chief has the unenviable job of officially representing the interests of Europe, which has been and continues to be an intimidated, continental client state fully serving the interests of America’s global empire, which means Europeans cut off their noses in spite of their faces, day after day. The last thing Uncle Sam wants is an independent and powerful Europe.

Borrell urged the bloc to “follow our own interests and values and avoid being instrumentalised by one or the other”.

Speaking of the likely advent of an “Asian century”, he said:

“We need a more robust strategy for China, which also requires better relations with the rest of democratic Asia…Analysts have long talked about the end of an American-led system and the arrival of an Asian century. This is now happening in front of our eyes”.

The remarks echoed Borrell’s own statements made earlier in the month, in an opinion piece where he warned EU member states against allowing Beijing to take advantage of diplomatic tension between them over their response to the pandemic.

In the article, Borrell praised China as a “partner country”, but cautioned EU member states that they must “act jointly against superpowers” while “maintaining the necessary collective discipline”.

Commenting on the top EU diplomat’s cautionary words regarding the EU needing to be very aware of being caught in a trap between China and America, Professor Kerry Brown, the director of the Lau China Institute at King’s College London and an Associate of the Asia Pacific Programme at Chatham House, believes the EU is simply recognising a very old problem.

Speaking of the trade dispute between China and the US, he underscores that the European Union tried to balance in the middle, yet in in the end the huge diplomatic, economic, and security clout of the United States means it’s very hard to “stray too far from the side of America”. This is true even in an area where self-interest should prevail, like economics. 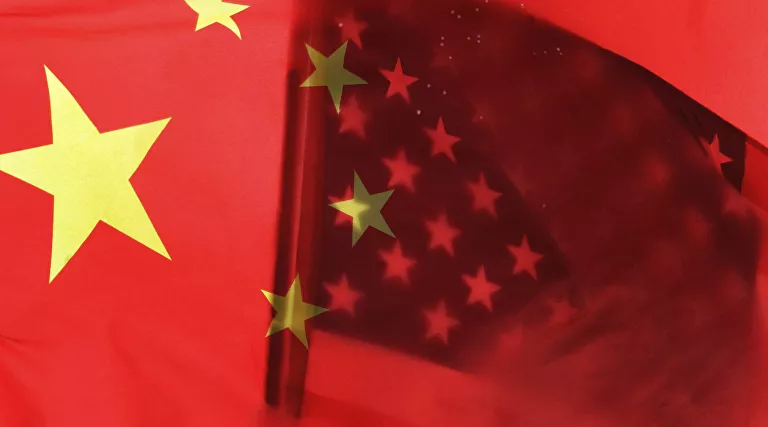 An agitprop image in red, meant to instill fear and loathing, portraying China as a dominating threat to a receding USA.

“While this sort of statement is important and significant, it’s also got to be recognised that it’s really difficult to see a scenario in the medium term future in which the Europeans collectively or within the individual states will really be able to walk away from the kind of enormously important security relationship through NATO that they have with the United States,” says Brown.

Professor Brown suggests statements made amidst the COVID-19 pandemic-wrought crisis ought to be interpreted carefully.

“It may be that Mr. Borrell is simply acknowledging that there needs to be a rethink about how to work with China… But that is unlikely to radically shift the security kind of importance of America for the Europeans and certainly not in the short to medium term future,” believes Professor Kerry Brown.

Commenting Joseph Borrell’s statement about the likelihood of an “end to the American-led system” on the global arena and the “arrival of an Asian century”, Roberto Castaldi, the director of the Research Centre on Multi-Level Integration and Governance Processes at the eCampus University, believes this is a trend which has been going on now for some time, with a number of powers trying to establish that hegemony.

This is equally true of China and the US, he says, while in the case of Europe, the European Union is seeking to promote multilateralism, cooperation, and global governance. 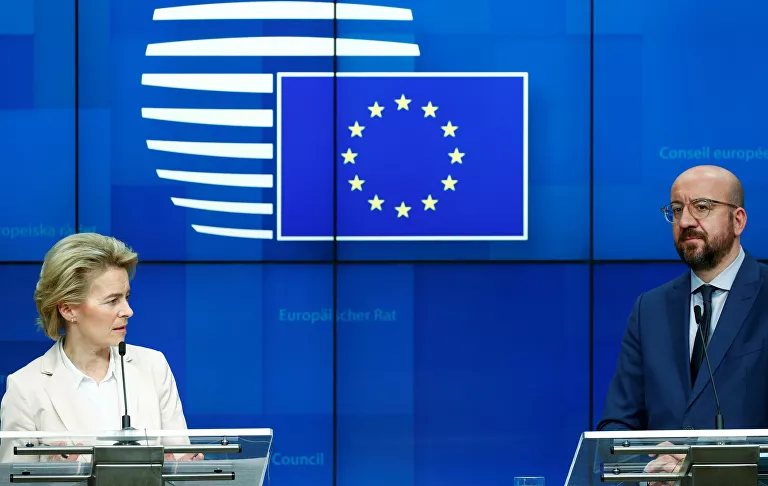 European Commission President Ursula von der Leyen and EU Council President Charles Michel trying vainly to show their citizens they are in control, when in fact they are American vassals working in a very corrupted system. Read Diana Johnstone’s latest book, “Circle in the Darkness: Memoir of a World Watcher”, to see what I mean (https://chinarising.puntopress.com/2020/05/21/diana-johnstone-talks-about-her-amazing-new-book-circle-in-the-darkness-memoir-of-a-world-watcher-on-china-rising-radio-sinoland-200521/)

Faced with the challenges of the coronavirus pandemic, the EU will be successful with its recovery, while helping strengthen global governance in a cooperative way, says the expert, rather than giving space to the hegemonic struggle between China and the US.

Regarding Joseph Borell’s statement about the “pressure to choose sides”, Roberto Castaldi believes it’s more about Europe not making a choice itself. According to him, Europe is currently like a prize that both China and the US are struggling to win, while the point is for Europe to be able to develop its own political and strategic unity and, therefore, autonomy.

From the perspective of values, the political system, the EU is much closer to the US, than to China, and the Trump factor should not be overlooked, believes Roberto Castaldi, adding:

“The EU and the US go together in the long-term, even if there may be specific cases which they don’t… The US is not guaranteeing European security any more, especially in the Middle East and North Africa… therefore, Europe needs to take care of its own security.

It’s not by chance that in the last three years we started the structured cooperation on defence with about 40 projects of military cooperation, defence industry cooperation. This is the way – we need to have political integration at the European level.”

Regarding economic cooperation between EU and China, Castaldi believes that while it will continue, Europe will be much more careful than in the past to define its own rules, as a market economy.

Fraser Cameron, a former European commission adviser, director of EuroFocus-Brussels and an adjunct professor at the Hertie School of Governance in Berlin, also weighed in on Borrell’s statement regarding “the end of an American-led system and the arrival of an Asian century”.

Calling it a plain statement of the facts, he suggested looking at the proportion of global GDP now compared to 10, 20 years ago. 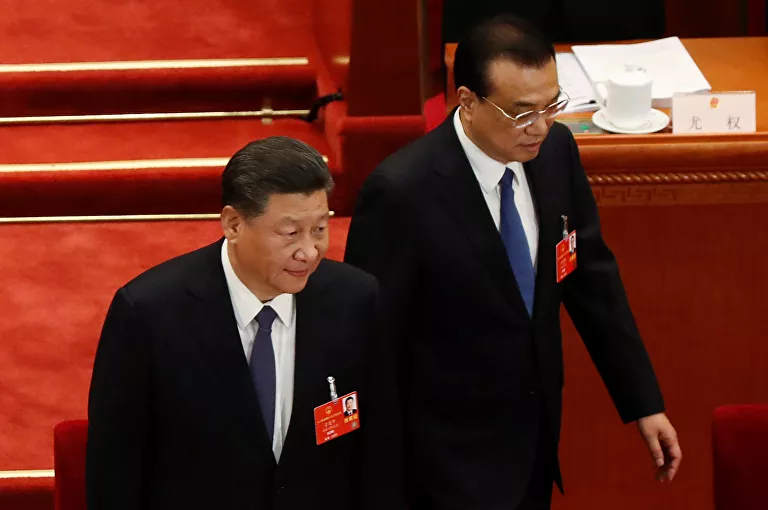 Left, Chinese President Xi Jinping and right, Premier Li Keqiang, the men leading China’s visionary communist-socialist plan into the 22nd century. Western global capitalism has had no answer since China’s liberation in 1949, except to try to destroy 1.4 billion Chinese citizens, which is failing miserably.

The former European commission adviser believes the EU is not naive about China, and hopes to ensure that its relationship is based on its own principles. While it might take some defensive measures when it feels threatened on trade matters by China, there’s not anybody in Europe arguing that this should be a kind of “cold war” with China, he says, and that the EU should be siding with the United States.

This is very much a Trump administration doctrine, so there’s a lot of pressure. This could change in a few months’ time. So at the moment, I think Europe is rather in a holding position wanting to wait and see what the outcome of the US election will be.”

Speaking of the decline of the “American-led system”, Jeff J. Brown, editor of China Rising Radio Sinoland and producer of China Tech News Flash!, says it did not start with Trump and coronavirus, and has been going on for decades at least. While he adds that the Chinese side is trying to offer themselves as a viable, win-win “alternative to US diktat”, pressure is only coming from the American side.

“The US is not the EU’s ally. It is its master and intimidator. The EU has never been able to “secure its own (postwar) interests,” says Brown.

While the EU values its business cooperation with China, and left alone, it would seek to augment its win-win cooperation with the country, believes author of The China Trilogy, the EU is America’s client state and cannot do this (5G being a great example) without “getting Yankee permission”.

The EU can’t rebalance its relationship with China, because the US will not allow it, insists Jeff J. Brown.