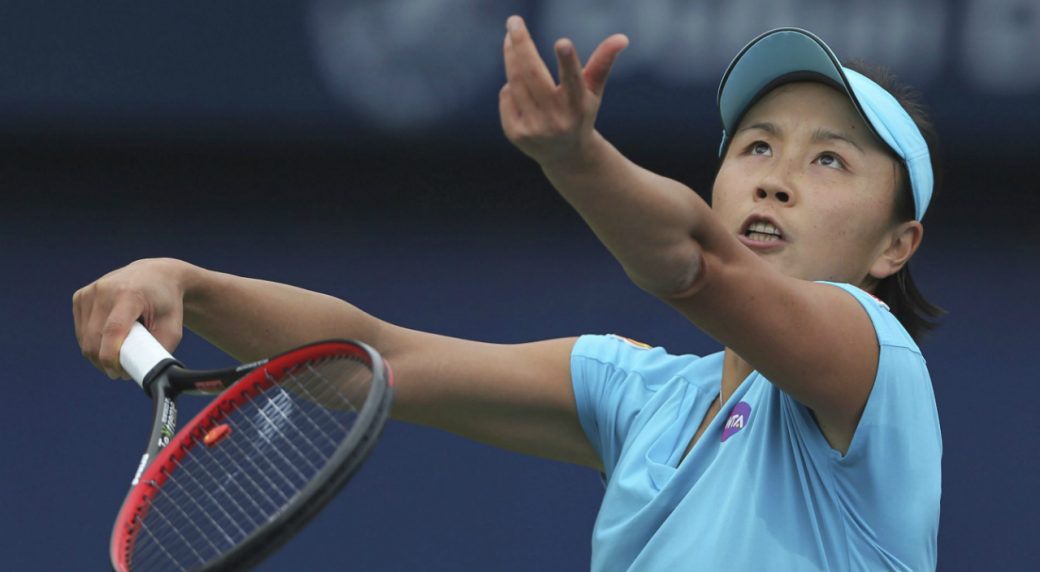 Pictured above: agree or disagree, the Chinese people have developed their own system of justice and redress, going back at least 3,000 years. Peng Shuai chose to ignore her people’s traditions.

You can choose to like or not China’s millennial system of justice and redress, nonetheless this is what you need to know about tennis star Peng Shuai and why she disappeared.

Peng Shuai is a world ranked tennis player in the Women’s Tennis Association (WTA), with Wimbledon (2013) and French Open (2014) doubles championship trophies to her name. She is a household name in China and revered as the first national to achieve international tennis stardom.

On 2 November 2021, she posted a 1,600-word open letter on her Chinese Weibo account (like Twitter), for China’s 1.4 billion citizens to read. In it, she accused a retired Chinese official, Vice Premier Zhang Gaoli of raping her around three years ago, meaning 2018.

Seventy-five-year-old Zhang is very high-level, having served in the most powerful leadership group, the Politburo Standing Committee, 2012-2017, this being President Xi Jinping’s first term in office, whereupon Zhang retired in 2018.

Her letter was removed by Baba Beijing (my name for China’s leadership/government) and her 500,000-follower Weibo account then shut down. She has since been absent from public view, the WTA is threatening to sever ties with China (a $1 billion market for them) unless Peng is accounted for, while the West’s bloviating Big Lie Propaganda Machine (BLPM) and talking heads are starting to pontificate and make demands.

For Westerners and the #MeToo movement, what Peng did was absolutely normal. Take it public, shout it out to the world. Create a media storm to garner attention.

Nevertheless, that is not how it is done in Chinese culture, going back thousands of years. If you want a really good explanation, read The China Trilogy (see below), where during my many years in-country, on a number of occasions I was the accuser and the accused, so I’m speaking from feet-on-the-ground experience.

In China’s Confucian-Daoist-Buddhist society, keeping face and maintaining social stability and economic prosperity for the people takes precedence over individual needs and demands. Going to Tiananmen Square to hold up a sign saying Xi Jinping is a bad leader is not considered to constructive in Chinese culture. But, I can go to my local town hall, complain all I want and if many, many people do the same, Baba Beijing is going to take notice and ask what they are doing that is unsatisfactory to the public. As I have written much about, freedom of expression is very broad, from far left to far right, in local meetings, in groups and social media – not on street corners.

As well, justice is first expected to be gained at the local level, between the two conflicting parties and if that fails, within the community. If that fails, for millennia, Chinese citizens have had the right to go to their village/nearest government offices, state they want to talk to the judge and then are afforded the opportunity to make an official complaint for redress. If credible, investigations, interrogations, testimonies and evidence are assembled for a court trial in front of said judge. For serious crimes, if the judge ordered the death sentence and it was later discovered that the now-dead accused was in fact innocent, the judge was liable to be executed for the mistake.

What Peng Shuai did is 180 degrees against these longstanding civilizational traditions. She may very well be telling the truth, but she did it Western style, which means a huge loss of face for the Chinese Nation. She must have known that it would drag in sanctimonious, evangelical Eurangloland (NATO, Five Eyes, EU and Israel), preaching and pointing fingers – now at the whole country. Did she think her national and international celebrity would allow her to snub thousands of years of established mores and rituals?

Peng’s timing was also strangely maladroit. She posted her letter right as the country was getting ready to celebrate a big government meeting, enshrining President Xi as the latest great national leader, along with Mao Zedong and Deng Xiaoping. This brought added loss of face for the whole country and the people.

To be aligned with Chinese customs, and given her privileged status, Peng could have avoided the local level, hired lawyers or on her own made an official complaint straight to several key members of the 3,000-member National People’s Congress (NPC), or the 300-member executive branch Central Committee, which is where contested citizen complaints end up anyway. Given Xi Jinping’s and the Communist Party of China’s (CPC) zealous control of corruption, Zhang Gaoli would have probably had to face the music, come clean if guilty and paid the price. At the very worst, Peng’s complaint would not be addressed by these high-level bodies, yet as it stands now, proceedings will likely not happen, since Eurangloland is baying for blood and has already appointed itself as humanity’s global arbitrator, which Baba Beijing will not allow.

Zhang is not too powerful to get off the hook. During Xi’s presidency, other Politburo members, generals and many other big names have gone down in judicial flames, for corruption and other assorted crimes. Had Peng done it the Chinese way, she could have gotten the satisfaction of gaining justice in a trial and eventual conviction, both which would have likely been announced in the national media. The West’s arrogant, hubristic, greater-than-thou BLPM chest beating will surely keep this from happening.

Like Jack Ma, who also went into hiding after getting too big for his britches, Peng will resurface in the near future, whereupon Baba Beijing will do its best to maintain Confucian-Daoist-Buddhist social harmony and economic stability for the people. Same as it has been for thousands of years.

One thought on “Women’s Tennis Association and the West will make a mess of Peng Shuai’s disappearance – as usual. China Rising Radio Sinoland 211119”