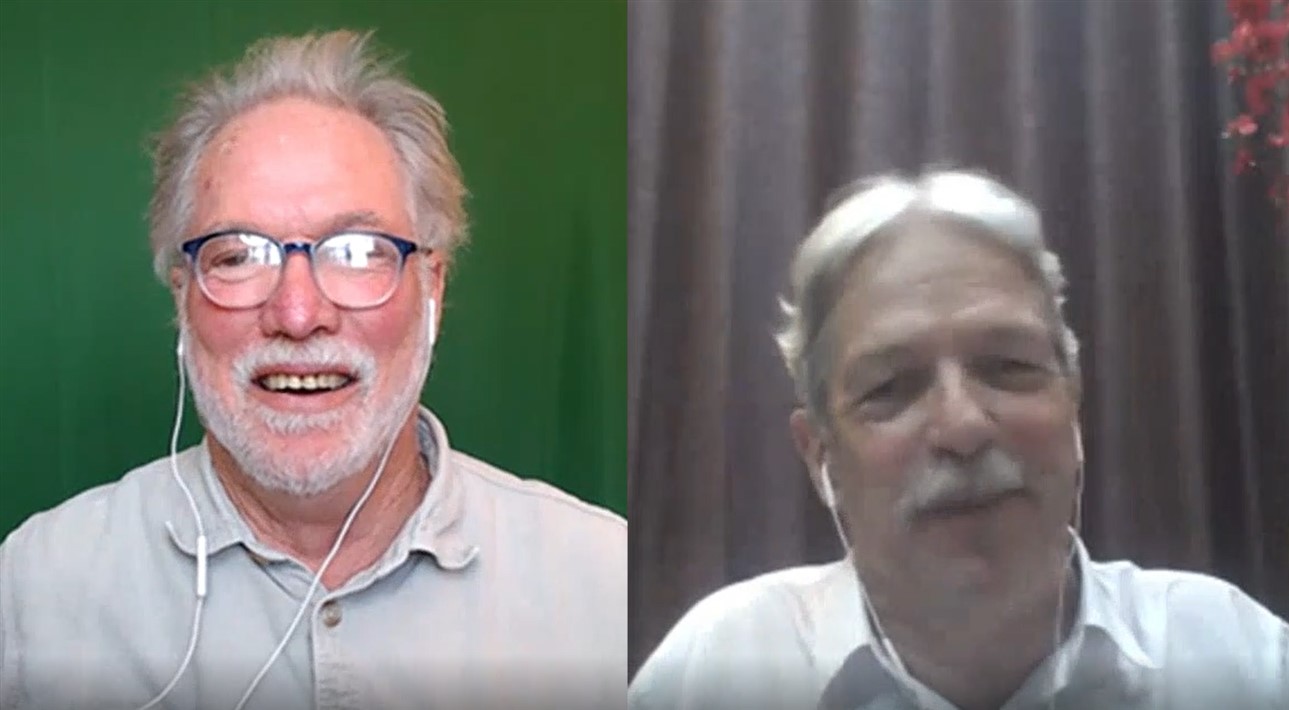 Pictured above: That’s Felix Abt on the right and yours truly on the left.

A towering beacon of freedom and democracy, YouTube is blocking me from uploading videos. Please boycott it and from now on, subscribe and watch me on Brighteon above.

So nice to have Felix on the show today to talk about the Democratic People’s Republic of Korea (DPRK = North Korea), to share his unbiased, boots on the ground experiences there.

Felix Abt is a serial entrepreneur and, periodically, a coach, trainer and consultant. During his career, he has developed and managed a variety of businesses in different countries. He worked as a senior executive at multinational corporations such as the Swiss-Swedish ABB Group, a global leader in automation and power technologies; the F. Hoffmann-La Roche Group, a global leader in healthcare and the Zuellig Group Inc., a leading Asian distribution and trading group. He also worked with smaller and medium-sized enterprises, in both mature and new markets.

He also feels privileged to have had the opportunity to strengthen his expertise as an investor and director of multiple companies. Thus far, he has lived and worked in nine countries, including Vietnam and North Korea, on three different continents.

His basis for going abroad was to learn and observe, not to pass judgment and not to propagate his personal views or to lecture – or even “liberate” – other people.

Furthermore, he is glad that he could gain experience in capacity building, by organizing and carrying out a diverse range of training courses, from Spain to Egypt to Ivory Coast to North Korea and Vietnam. He was pleased to see a number of his former employees in these countries become successful entrepreneurs in their own rights.

He also became a lobbyist (against all odds) as president of the first foreign chamber of commerce in North Korea, advocating for reforms and a level-playing field for all businesses and against strangulating sanctions by foreign powers. His first book ‘A Capitalist in North Korea: My Seven Years in the Hermit Kingdom’ echoes his experiences there. It was both the most exciting and the most challenging period of his career. It was also highly rewarding to witness first hand, and sometimes even contribute to, MANY FIRSTS that nobody would have expected from the world’s most isolated, under-reported and misrepresented country:

The first fast food restaurant selling ‘happy meals’, the first café selling Western gourmet coffee; the first miniskirts and high heels; the first Mickey Mouse and Hello Kitty bags; the legalization of markets and advertising; the first North Korean debit card, with which he went shopping; the first technocrats, rather than party committees, running state-enterprises; a foodstuff company’s first robot, made by ABB, a multinational group for which he was the chief representative in Pyongyang; the multiplication of all sorts of small private business; the development of private farming; the emergence of a middle class and a drop in poverty; cosmetic surgery in the capital, even though it was illegal, people watching foreign movies and reading foreign books, despite censorship; the first business school, which he co-founded and ran; the first e-commerce, set up by North Korean painters and himself, selling their paintings around the globe; the first North Koreans dancing Rock ‘n Roll, with him; the first foreign chamber of commerce, which he co-founded and chaired; the first North Korean enterprise, a pharmaceutical factory which he ran as CEO, winning contracts in competitive bidding against foreign companies; the first quality pharmacy chain which he launched; the first software joint venture company exporting award-winning medical software, which he co-founded, and many more.

His biggest disappointment in North Korea was that his pet project, electrifying North Korean provinces far from the capital to lift millions of North Koreans from poverty, was thwarted by the actions of foreign powers.

His biggest satisfaction was to have contributed to the prevention of accidents and to save miners’ lives by helping to modernize North Korean mines and to save countless more lives of North Korean patients thanks to locally made quality medicine at affordable prices, before foreign-imposed sanctions sabotaged these endeavors.

Felix Abt was a shareholder of several legitimate Joint Venture companies in North Korea (medicine, food, garments and software) which have been driven into bankruptcy by U.N. “sanctions” from the mid-2010.

Abt considers himself a politically neutral businessman and, therefore, does not share partisan views about North Korea. He is, however, critical of biased North Korea reporting and does what he can to contribute to a more objective view of the country. He knows, from direct personal experience, the true state of affairs in North Korea much better than the journalists, bloggers, podcasters and pundits who love to prate about it, often with little factual basis to their commentary.

To try and balance the narrative he has written not only ‘A Capitalist in North Korea’, but also a second book ‘A Land of Prison Camps, Starving Slaves and Nuclear Bombs?’

Here are the links to buy his two books on DPRK,

2 thoughts on “Felix Abt, entrepreneur in North Korea (DPRK) shares his nine years living and working there. It’s NOT what you think. China Rising Radio Sinoland 220918”