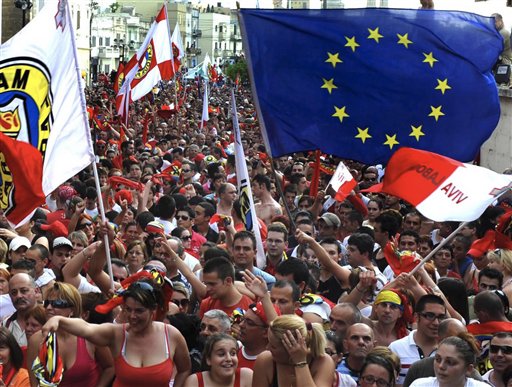 Pictured above: a typical European public demonstration for and against you-name-it.

Political expert Caleb Maupin (www.calebmaupin.info) and analyst and author Jeff J. Brown join in an incredibly informative and interesting discussion on Europe’s postwar socialism-capitalism. Why did Europe become so socialist after World War II? Who really benefited from it and who paid the cost? Is it and alternative model in competition with American capitalism? Is Europe still socialist?

This is a continuation of a China Rising Radio Sinoland series on the the world’s different economic systems. Part I was on the myths and realities of capitalism. This is Part II. Part III will cover communism and socialism. The final one will be on anarchism and include a review.

2 thoughts on “Origins and realities of Europe’s Post-War Socialism-Capitalism. Part 2 of series with Caleb Maupin 20151230”