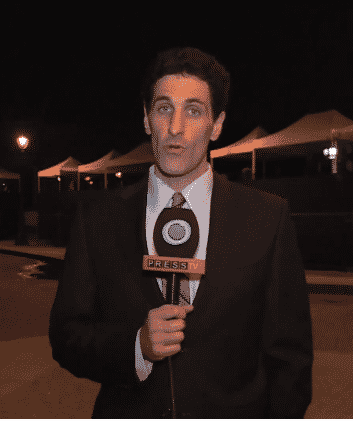 Pictured above: Ramin Mazaheri on the air for Press TV.

China Rising Radio Sinoland host Jeff J. Brown is pleased to have Mr. Ramin Mazaheri on the show today. He is the chief correspondent in Paris for Press TV and has lived in France since 2009. He has been a daily newspaper reporter in the US, and has reported from Iran, Cuba, Egypt, Tunisia, South Korea and elsewhere. His work has appeared in various journals, magazines and websites, as well as on radio and television.

Ramin Mazaheri’s insightful, no-nonsense analysis of what is happening in France, concerning the just concluded presidential election is well worth hearing, because as Ramin said, “As France goes, so goes the EU”. Europe can live without Britain, but if Le Pen had won and the French voted for “Frexit”, it would spell a cataclysmic death of the Union and its beleaguered currency, the euro. In fact, do the math and more citizens probably voted for Le Pen and her anti-imperialist agenda, than those who truly supported Macron and his policies. He is truly the deep state’s straw man boy toy.

Before you get started, Jeff highly recommends Ramin’s outstanding journalism…

Ramin writes brilliant and humorous satire. His take down of the CIA-MI6 mainstream propaganda machine is devastating:

He can also play it straight, when he needs to:

As well, Ramin is a very capable camera journalist for Press TV: