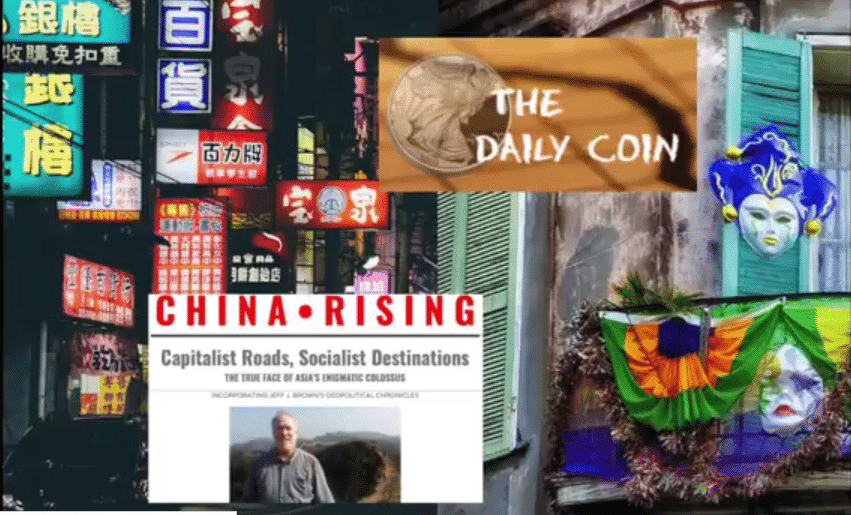 Pictured above: The Daily Coin, by Rory Hall.


China Rising Radio Sinoland host Jeff J. Brown met The Daily Coin host Rory Hall in New Orleans for a live interview. Jeff talks about his impressions of the United States, during his summer visit, compared to living and working in China. You will be surprised what you hear and learn.