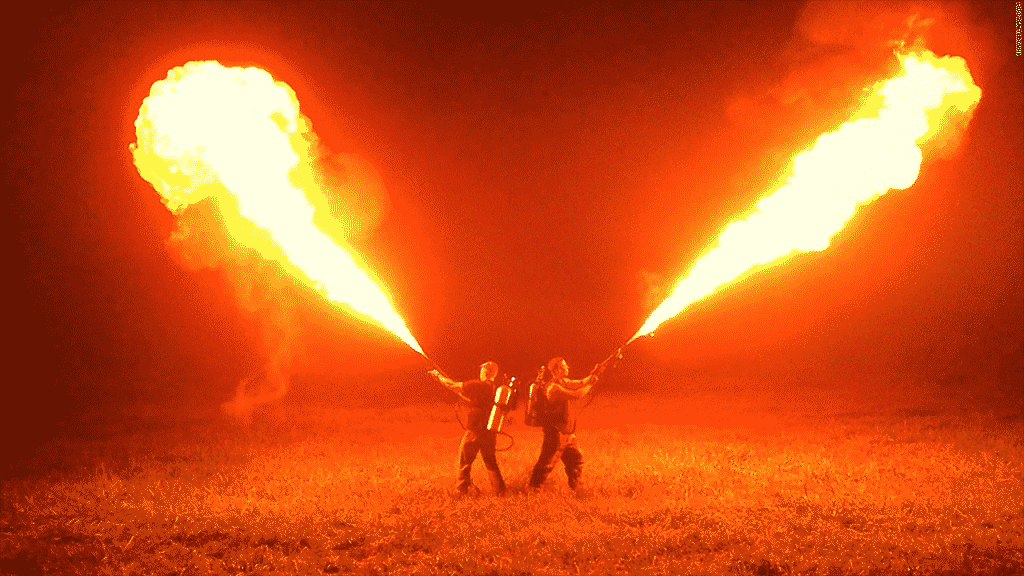 It didn’t happen this time, but every once in a while, email threads among The Greanville Post’s informal writers’/journalists’ collective can turn into a flame thrower fight. That’s when I play fly on the wall.

[dropcap] V [/dropcap]ia The Greanville Post (http://www.greanvillepost.com/), where I am an editor, there is a group of about 60 writers and journalists that shares everybody’s latest articles and podcasts. These are all very intelligent and experienced people, whom I respect. Being informed and principled, any comments about global affairs can set off a healthy series of round robin emails, with various for and against replies. Sometimes, it gets heated, which can be good, or end up turning into a flame throwing battle. I stay out of the latter and play fly on the wall.

In response to my recent article (http://chinarising.puntopress.com/2018/03/06/an-email-exchange-between-william-engdahl-and-jeff-j-brown-china-rising-radio-sinoland-180306/), a writer sent an email to the group, politely telling me that they suspected China’s government is “benign despotism”. Another writer whom I admire responded that they agreed with the previous writer about despotism. Despotism is a strong word, meaning the exercise of absolute power, especially in a cruel and oppressive way. Benign despotism is an interesting oxymoron, but I catch their drift: it’s a benevolent dictatorship that does some good things for the people, when the leaders want or do not want to, without necessarily consulting the citizens.

Below is how I replied. Follow-on replies were friendly. One writer responded to my answer with just one acronym, RTFO! I had to look it up, as I had no idea what it meant. If I am correct, it can be an insult for roll the fuck on, meaning get lost. But, it can also mean, right the fuck on, meaning they agree. The better part of discretion told me to just let sleeping dogs lie, since I have asked this person to be a guest on my China Rising Radio Sinoland show. Thus, I thought ignorance would be bliss, until I contact them to set up a date for our interview. I guess I’ll find out then.

For China, what despotism? Chinese citizens have communist-socialist democracy, based on a three-legged stool: ownership of the means of production, democratic centralism and people’s democratic dictatorship (Marxism-Leninism). Coupled with this is Maoism, Confucism and the Heavenly Mandate. Since Pew Trust began to include China in its international survey on happiness and governance, in 2005, the Chinese have voted no less than 80% satisfaction in their leaders and whether their country is moving in the right direction. At the same time, most Western countries came in and continue to hover around 30%. Please see the graph below, put together by Godfree Roberts. Western vs. Chinese democracy can be summarized in two words: cui bono? (http://chinarising.puntopress.com/2017/10/25/how-can-western-capitalism-beat-this-thats-the-rub-it-cant-china-rising-radio-sinoland-171022/) Don’t take my word for it, I just live here and report on what I see and hear on the streets of China. Ask China’s 1.4 billion citizens how they feel about Baba Beijing managing the country’s future. Since 2005, it has been no less than 80% in favor, while for Americans (and other Western countries too), this number has a hard time breaking 30%.

As I explained in Book #3 of The China Trilogy, China Is Communist Dammit-Dawn of the Red Dynasty, Chinese civilization has been communist for 5,000 years. The masses here caused six societal collapses over that time, by demanding a change in the Heavenly Mandate. How do the Chinese get better leaders? They have a well-known expression for this: Grab a (bamboo) spear and storm the (government) palace, which over all these millennia, they have done untold thousands of times. I just read David Graeber’s (a closet communist) Debt: The First 5,000 Years, which I can highly recommend to all of you (https://www.youtube.com/watch?v=CZIINXhGDcs ). In it, he wrote that there have been decades in China where there was an average of 1.8 anti-governmental insurrections per hour. Thanks to the Heavenly Mandate, the Chinese have been actively and forcefully demanding good civilizational governance, since the days when Abraham was living in a goatskin tent and wandering around lost in the deserts of Palestine.

Please read/listen/watch this article podcast: http://chinarising.puntopress.com/2017/11/10/all-the-chinese-people-want-is-respect-aretha-franklin-diplomacy-on-china-rising-radio-sinoland-171110/. It wasn’t until I came back to China a second time, in 2010, when I finally figured out that Western notions of dictatorship, despotism and democracy are deeply embedded in the racism of our unconscious, preternaturally assumed moral, spiritual and intellectual superiority over the non-White peoples of the world. I spent the next several years expunging from my consciousness what I call The Three Paradigms of Western Racial Superiority, due to my 55 years of educational inculcation and social/media brainwashing, largely by researching and writing three books about China vs. the West.

To understand the origins and expression of our Western racism, I can also recommend reading this article, which was originally published on The Saker (http://thesaker.is/), but has since been greatly expanded: http://chinarising.puntopress.com/2018/01/06/slavs-and-the-yellow-peril-are-niggers-brutes-and-beasts-in-the-eyes-of-western-empire-china-rising-radio-sinoland/ (the podcast is also outdated, so please read it). I am finishing reading James Bradley’s The China Mirage. Based on his excellent research, I will be adding to it. It is now a living document and will continue to grow. In this article, I recommend reading two other books, which had a huge impact on my perspectives of Westerners’ deeply ingrained, expansionist, evangelical racism.

Thanks for reading and best from The Greatest Show on Earth, Jeff

To close out on a theme, below is a great song about being unable to agree with each other, from the indomitable Louis Armstrong and Ella Fitzgerald, singing their tongue-in-cheek send up, Let’s Call the Whole Thing Off. Vocal jazz doesn’t get any better than this unforgettable duo.

If you cannot access YouTube, fear not, here’s the same song by another amazing American entertainment duo, Fred Astaire and Ginger Rogers. They couldn’t sing like Louis and Ella, but man, they sure could dance!

All told, enjoy four of the greatest prewar entertainers from Hollywood and New York…