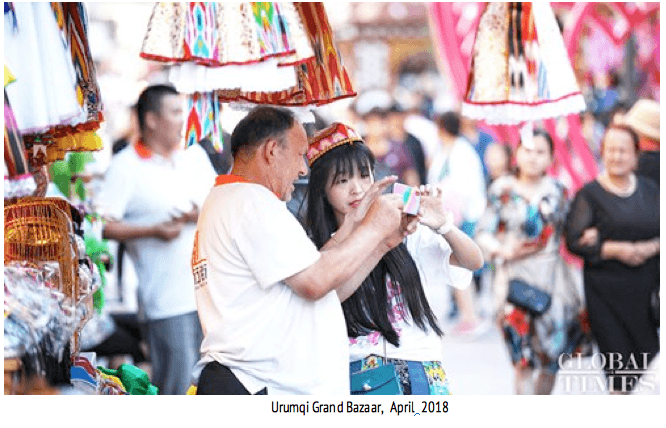 Pictured above: 150 million tourists visited Xinjiang in 2018 and 2019’s levels are breaking records. Yet, according to the West’s Big Lie Propaganda Machine (BLPM), the whole province is one gigantic concentration camp. Are we to believe that 150,000,000 people didn’t notice anything wrong? Why are the only sources of this propaganda coming from CIA-billionaire funded NGOs and the West’s Ministries of Foreign Affairs/US Department of State? Hmm…

Note before starting: Godfree Roberts has the honor of being on the China Rising Radio Sinoland Show more than any other guest, for a reason. His understanding of China and its people goes back to the 1960s, when he first visited here. Over the last several years, we have become good friends and are planning to co-write a book in the next year on Mao Zedong. He is also a founding member of the Bioweapon Truth Commission (www.bioweapontruth.com) and the China Writers’ Group.

The escalating trade war against China, threats of sanctions over allegations of Uyghur detention camps in Xinjiang, disturbances in Hong Kong, threats of sanctions if China buys Russian defense equipment, are all aimed at disrupting the sole emerging threat to Washington’s global order based on fear and tyranny. How China’s authorities are trying to deal with this full assault is another issue. The context of events in Xinjiang however needs to be made clear. The West and especially Washington is engaged in full-scale irregular war against the stability of China. China’s Uyghur Problem.

[An update to my previous post in these pages, Uyghurs, Political Islam and the Belt and Road.]

Uyghur terrorists have killed 1200 Chinese in the past ten years and, since 2014, more than 1,500 terrorist gangs have been destroyed, 13,000 terrorists arrested and 2,000 explosive devices seized in Xinjiang. In 2015, China passed its Counter-terrorism Law, which allows Beijing to take all necessary measures to put down any activities or behavior it deems threatening to state security and sovereignty. These threats can be summarized by the oft-recited Chinese goal of ridding itself of “the three evils” – terrorism, separatism and religious extremism. The law was created in response to seven terrorist attacks in China between the start of 2013 and the summer of 2014, five of which were in Xinjiang and all of which were affiliated with the East Turkestan Islamic Movement, which is active in Syria.

Since 2013, thousands of Uighurs, a Turkic-speaking Muslim minority from western China, have traveled to Syria to train with the Uighur militant group Turkistan Islamic Party and fight alongside al-Qaida, playing key roles in several battles. Syrian President Bashar Assad’s troops are now clashing with Uighur fighters as the six-year conflict nears its endgame. AP Exclusive: Uighurs fighting in Syria take aim at China

There are twenty million Muslim Chinese: Hui 10 million, Uyghurs 8.4 million and Kazakhs 1.25 million. Most of China’s Uyghurs live in rural the Xinjiang Uyghur Autonomous Region (total pop. 22 million) on China’s northwestern frontier and show little interest in learning Mandarin. Many are illiterate and many speak a Turkic language written in Arabic script, making them almost unemployable.

China’s Uyghurs should be glad they’re not Americans. In 2011, for preaching identical Wahabbism, President Obama executed Anwar al Awlaki, an American and separately executed his sixteen-year-old son and eight-year-old daughter, all without trial.

US Ambassador Chas Freeman observed, “The CIA programs in Tibet, which were very effective in destabilizing it, did not succeed in Xinjiang. There were similar efforts made with the Uyghurs during the Cold War that never really got off the ground. In both cases you had religion waved as a banner in support of a desire for independence or autonomy which, of course, is anathema to any state. I do believe that people who live in glass houses shouldn’t throw stones applies here. I am part American Indian and those people are not here (in the US) in the numbers they once were because of severe genocidal policies on the part of the European majority”.

When the re-education issue surfaced in February China invited the EU, the World Muslim Council and thirteen majority-muslim nations to send inspectors to Xinjiang. The World Muslim Council and twelve majority-muslim nations accepted, the EU refused. Turkey, too, refused and criticized China but then praised China and refused to sign the petition.

Last week the New York Times reported, “In a letter to the United Nations High Commissioner for Human Rights, Michelle Bachelet, twenty-two states told China to uphold its own laws and international obligations, and stop arbitrary incarceration of Uighurs and other Muslim and minority communities, and permit freedom of religion.”

No Western medium revealed the names of all the petitioners. But The New York Times did print a lengthy statement from Human Rights Watch without revealing just what HRW actually is: “The joint statement demonstrates that Beijing is wrong to think it can escape international scrutiny for its abuses in Xinjiang, and the pressure will only increase until these appalling abuses end,” John Fisher, director of Human Rights Watch’s Geneva office, said in a statement.” So who is HRW?

Human Rights Watch is an Anglo-American NGO characterizing itself as “one of the world’s leading independent organizations dedicated to defending and protecting human rights.” HRW’s Washington advocacy director, Tom Malinowski, who served as a speechwriter to Secretary of State Madeleine Albright, contended in 2009 that ‘under limited circumstances’ there was ‘a legitimate place for CIA renditions and paraphrased the U.S. government’s argument that designing an alternative to sending suspects to ‘foreign dungeons to be tortured’ was ‘going to take some time.’ HRW America’s advisory committee includes Myles Frechette, a former U.S. ambassador to Colombia, and Michael Shifter, one-time Latin America director for the U.S. government-financed National Endowment for Democracy. Miguel Díaz, a CIA analyst in the 1990s, sat on HRW Americas’ advisory committee from 2003–11. At the State Department, Díaz now serves as “an interlocutor between the intelligence community and non-government experts.” In February 2013, HRW correctly described as “unlawful” Syria’s use of missiles in its civil war but remained silent on the clear violation of international law constituted by the U.S. threat of missile strikes on Syria in August.

Xinjiang’s deputy governor, Aierken Tuniyazi, an ethnic Uighur, told the UN that vocational training is lifting Xinjiang’s people from poverty and rejected accusations that the trainees are in detention camps. According to the Statistics Bureau of Xinjiang Uyghur Autonomous Region, a total of 1.4 million jobs were created in Xinjiang’s urban areas in the last two years. In 2017, Xinjiang’s GDP exceeded one trillion yuan for the first time. Stability brings economic prosperity. A prosperous economy, he said, nips terrorism in the bud. Urumqi has attracted investment from 78 Fortune Global 500 companies and forty-five of China’s top 500 companies have also invested in Urumqi, Xinjiang Daily reported on Saturday. Most of the companies investing in Urumqi are specializing in manufacturing, new energy and new material industries, the report said. “Xinjiang will play its economic radiation effect better in Central Asia along with the development of the Belt and Road initiative,”

Wang Dehua, head of the Institute for South and Central Asian Studies at the Shanghai Institutes for International Studies said , “Education is a fundamental solution to the problem as it prevents people from being deceived by extremism and provides them with the skills to pursue a better life.” Company owners who invested in Xinjiang say that women were once forbidden from working when the region was heavily influenced by extremism a few years ago. Some of the local women were beaten by their husbands after getting home from work, but now the situation has changed. Women now can use money they have earned to more autonomy rather than being a man’s accessory. Since 1951, China has had one of the strongest equal gender rights policies on earth. 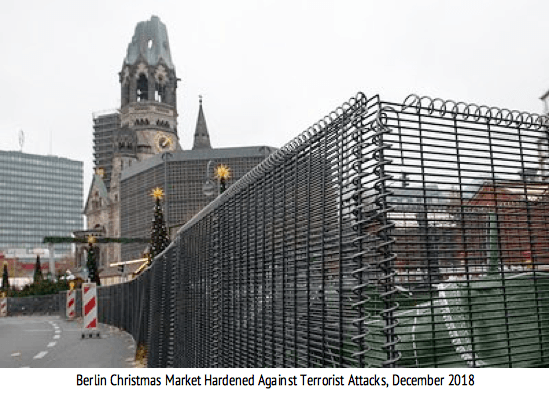 SPECIAL EDITOR for Asian Affairs Godfree Roberts (Ed.D. Education & Geopolitics, University of Massachusetts, Amherst (1973), currently resides in Chiang Mai, Thailand. His expertise covers many areas, from history, politics and economics of Asian countries, chiefly China, to questions relating to technology and even retirement in Thailand, a topic of special interests for many would-be Western expats interested in relocating to places where a modest income can still assure a decent standard of living and medical care.

One thought on “Xinjiang update. Godfree Roberts, The Greanville Post”