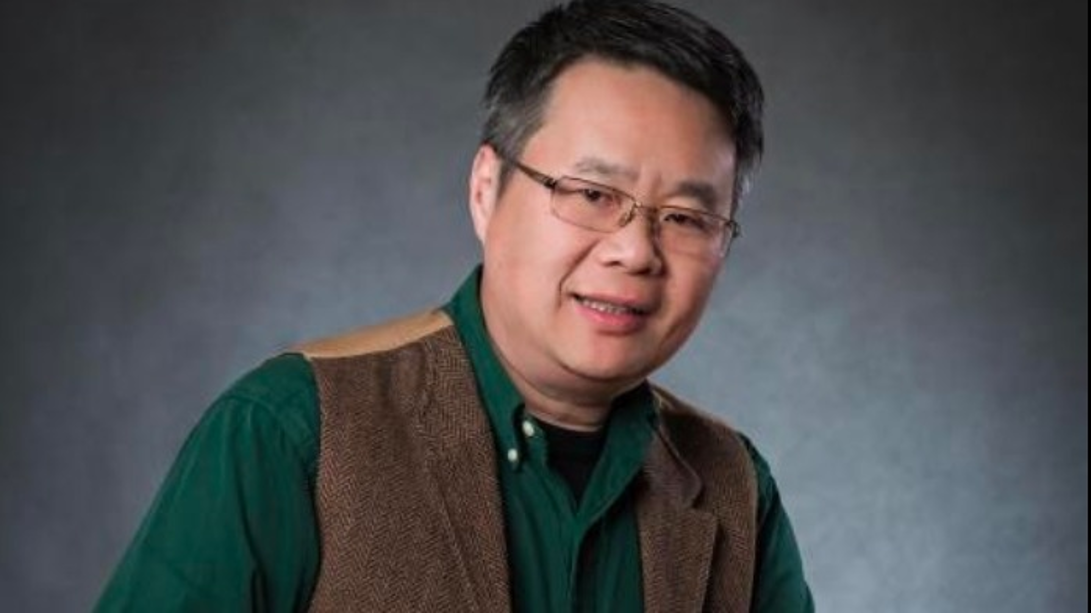 Pictured above: Dr. Hong Lingxin, the American citizen who died of coronavirus in Wuhan on February 7. From 1999-2007, he worked at the Lawrence Berkeley National Laboratory, in California, whereupon he returned home to devote his life to China’s scientific advancement. China Rising Radio Sinoland is the only place I have seen in the Western media to tell you that Dr. Hong was ethnic Chinese. Otherwise, he’s just a faceless “American”. Back home he died a hero of the Chinese people. May he rest in peace.

Note before starting: 96% of SARS deaths were ethnic Chinese, so ethnic Chinese coronavirus (CV) deaths will probably not remain at 100%, but the trend is clear.  If you can confirm the ethnicity of any CV death who is not Chinese, please email the link to: jeff@brownlanglois.com. Thank you.

I would also like to thank Mr. Fan, a member of my China Rising Radio Sinoland WeChat forum, for finding me Dr. Hong’s obituary on Baidu.

Every coronavirus death that I can account for around the world has been an ethnic Chinese person. This is being intentionally hidden and censored in by the West’s Big Lie Propaganda Machine (BLPM). If you know that, you may start asking many, many questions about this outbreak, which you should,

Jeff , you mean coronavirus kills almost no White, Black, Red and Brown people, and not even non-Chinese Yellows? Hmm… Why is that?

This is how come the West goes to such pathological, orchestrated, organized censorship to bury the truth.

All over global media, it was smeared across the headlines that,

There are reasons for this, as well as why 96% of the 2002-2003 SARS deaths around the world were ethnic Chinese, and this will probably be about the same global death rate for ethnic Chinese for coronavirus, although so far it is an astounding 100%, all of which I will explain in upcoming articles. If you have not signed up for CRRS email alerts, you can do so on this page.

In the meantime, since Eurangloland wants to hide the truth from you, I want to honor this amazing man and patriotic Chinese citizen. Here is the (online) translation of Dr. Hong’s obituary from the Chinese press (http://www.cfi.net.cn/p20200208000150.html). I cleaned it up with light line editing.

From 1999-2007, Dr. Hong Lingxin worked at the world famous Lawrence Berkeley National Laboratory, in California (https://www.lbl.gov/), whereupon he returned home to devote his life to China’s scientific advancement. China Rising Radio Sinoland is the only place I have seen in the Western media to tell you that Dr. Hong was ethnic Chinese. Otherwise, he’s just a faceless “American”. Back home, he died a hero of the Chinese people. May he rest in peace.

On February 8, thepaper.cn learned from multiple sources that Hong Ling, a third-class professor at Huazhong University of Science and Technology, doctoral supervisor and Chutian Scholar (distinguished professor) died at Wuhan Union Hospital, at the age of 53 due to a new coronavirus infection, at around 23:00 on February 7.

His colleague told thepaper.cn that she met with him on the afternoon of January 21. She said that Hong Ling was engaged in basic research, which focuses on genetics, molecular biology and biochemistry. His work was very basic mechanism exploration, and Hong Ling commented,  “I don’t have many hobbies other than doing research”.

(not line edited by me)

1987.7: bachelor’s degree in biology and biochemistry from wuhan university

1987.7: participated in the national CUSBEA examination and was selected to stay in the United States

1988.9: pursuing a doctorate in biochemistry at the University of Arizona

Gene structure and expression of chloroplast

December 1994: received a doctorate in biochemistry from the University of Arizona

1995.1: postdoctoral research in the laboratory of the department of molecular and cellular biology, University of California at Berkeley

The research direction was to study the gene and protein regulatory mechanism and regulatory network of major human diseases, such as tumor and cardiovascular disease, with model animal drosophila and human cells as models. The molecular mechanism of UBIAD1, a gene associated with major and rare diseases, was studied.

National natural science foundation of China; Study on the molecular mechanism of a class of protein UBIAD1 that can inhibit bladder cancer and reduce cholesterol; (project no. 81272210)

High-tech 863 project of the ministry of science and technology of China; High-throughput and rapid identification of economically valuable genes in limiting algae by TMV and functional genome methods; (project no. 2007AA09Z449)

In 2009, he was awarded chutian scholar (distinguished professor).

3 thoughts on “This is the face of coronavirus deaths around the world, because they are all ethnic Chinese. Obituary for US citizen Dr. Hong Lingxin, who died a hero in Wuhan. China Rising Radio Sinoland 200209”