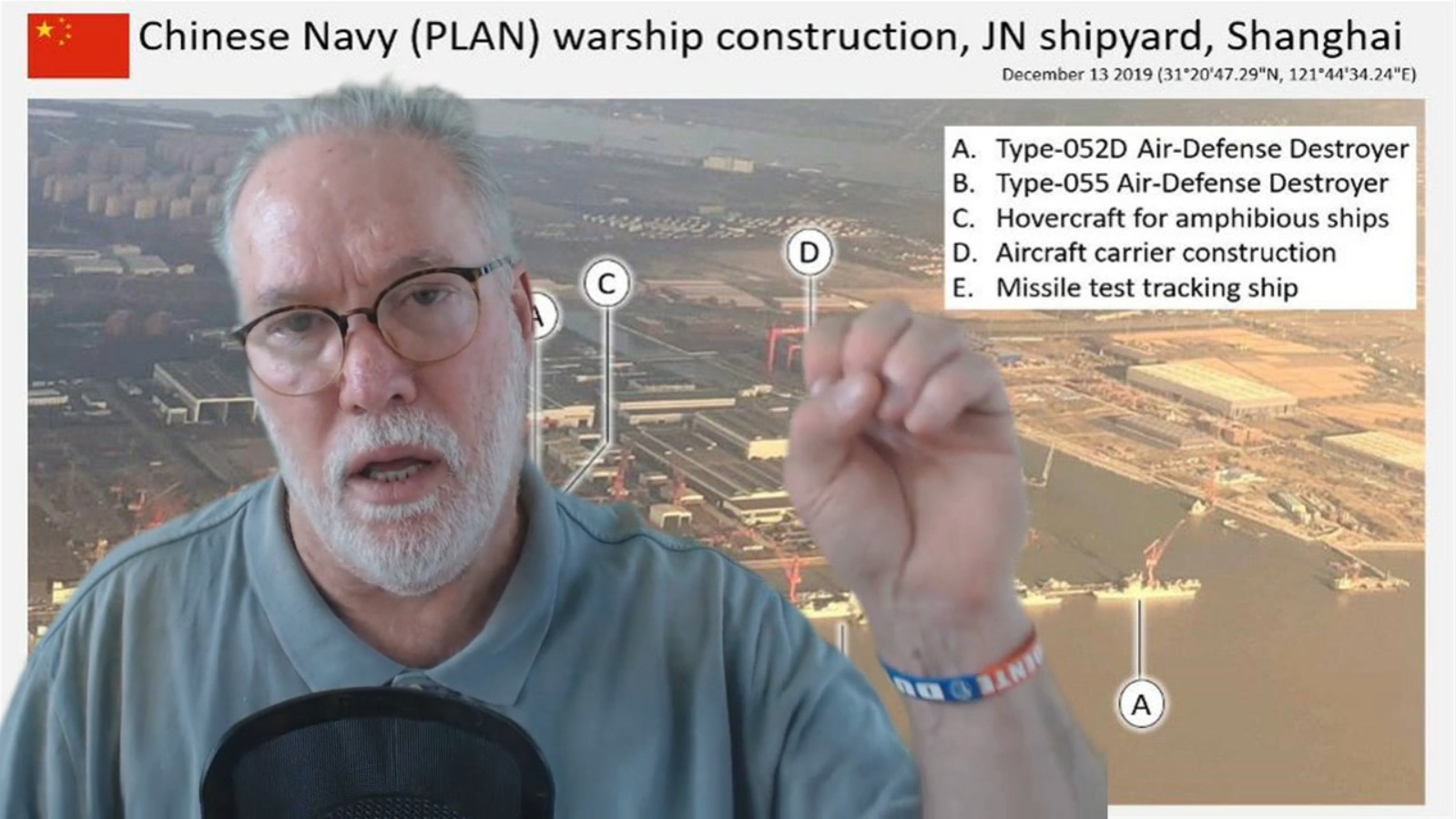 Pictured above: yours truly explaining one of the biggest shifts in global power- China’s massive blue water navy shipbuilding program.

China is building a blue water navy bigger and faster than the US after Pearl Harbor in World War II. The geostrategic implications are huge. See what I mean.