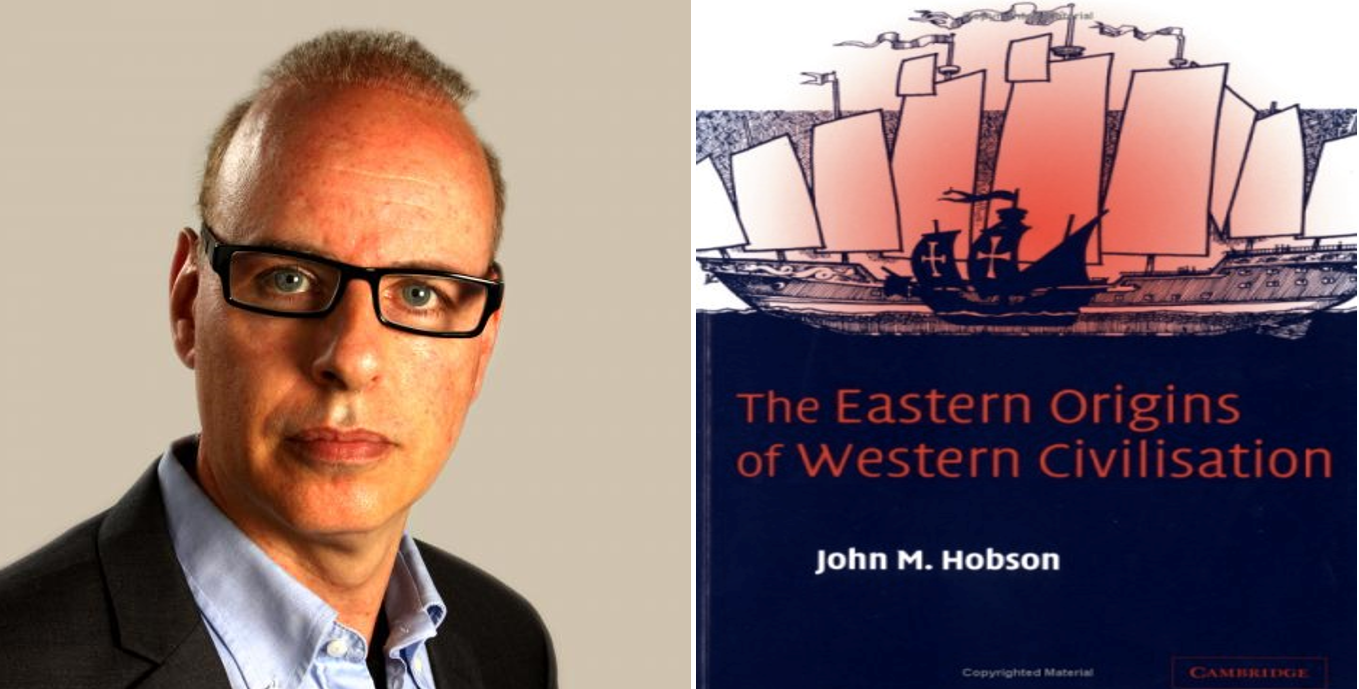 Note before starting: great interviews are when you watch/listen to one and know that your understanding of the world – humanity’s past, present and future – expanded immensely. That is the case of talking with John Hobson today about his excellent book, The Eastern Origins of Western Civilization”. Join us for a fascinating discussion that completely turns upside down much of what we Euranglolanders learned to be the gospel truth growing up and going to school. Prepare to expand your horizons and see today’s headlines, with a refreshingly different set of optics.

I am truly honored to have Dr. John M. Hobson on the show today. First, a little bit about John,

John Hobson FBA is Professor of Politics & International Relations at the University of Sheffield, having taught previously at the University of Sydney (1997-2004) and La Trobe University (Melbourne, 1992-1997). He has written 9 books to date, with his most recent one coming out in September this year entitled, Multicultural Origins of the Global Economy: Beyond the Western-Centric Frontier (Cambridge University Press). His research since 2000 has focused on the critique of Eurocentric world/global history, which is the subject of Eastern Origins, and Multicultural Origins, as well as the critique of Eurocentric international theory in his book, The Eurocentric Conception of World Politics (Cambridge University Press, 2012).

I just finished reading John’s thought provoking and enlightening book, “The Eastern Origins of Western Civilization”. I really regret not finding until 16 years after it was published, as it caused a sea change in my understanding about the history I was taught, from my mother’s womb through K-12 education, on to university and into adult life, with mainstream media (MSM). His bibliography put me onto 2-3 other books that he often referenced, which I look forward to checking out, as well as his 2012’s “The Eurocentric Conception of World Politics”.

I strongly recommend reading John’s “Eastern Origins of Western Civilization”. I finished it much wiser. You don’t even have to buy it. Just ask your local library, school, university or place of worship to get it for everyone’s benefit. They may even already have it.