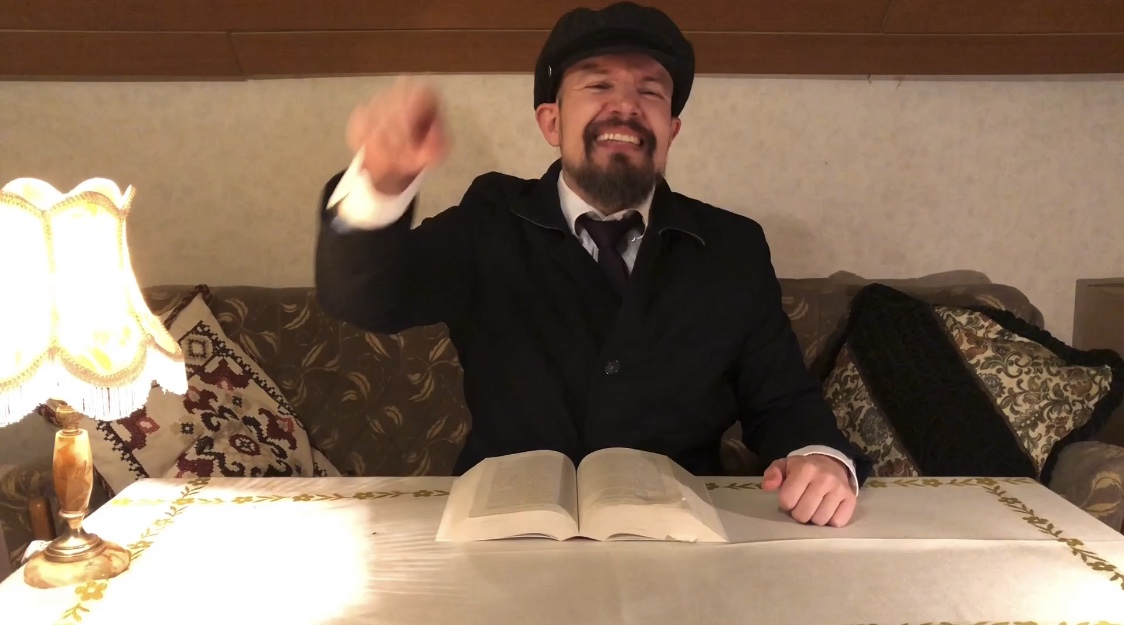 Pictured above: Thorsten J. Pattberg hamming it up for camera.

Note before starting: when you are in the world of journalism, writers’ names are flashing across your eyes all the time. I had seen Thorsten’s a few times and knew he was focused on Asia. Yesterday, he emailed me with this jewel of a short piece and I am really happy to share it with friends, fans and followers of China Rising Radio Sinoland. His style is a nice change of pace to my usual hard-hitting exposés. It is terribly witty and I love the body height metaphor for honesty/dishonesty. As you can see with his Leninesque tongue-in-cheek selfie photo, Thorsten has a delicious sense of humor.

Who is Thorsten J. Pattberg, PhD? He is a German cultural critic, Asia specialist and political commentator on Sino-Western affairs. He is the author of ‘The East-West Dichotomy’, and can be reached at: https://thorstenjpattberg.weebly.com

Kevin Rudd lies about his height – Why trust a single word of his China expertise?

BEIJING – Google the height of Kevin Rudd, the former Prime minister of Australia, and you’ll find massive SEO (search engine optimization) by his PR team that has you staring at his “official” yet clearly exaggerated tallness: 1.79 m.

That can’t be right, though. Your author is about that height and shorter; yet when I stood next to him in Beijing, Mr. Rudd was nowhere near the mark. He was more like 1.75 m, in his tall shoes!

Height seems to be an ongoing ego-issue not only for French politicians. Many measured on the morning of their best days and added the roll of a dice on top of that. Obviously, many men lie about being taller than they really are (the ideal height for Western men is 1.8 m [roughly 6-feet] or taller), and you can’t blame them for it: Women prefer taller men. The media constantly bombards men with ‘research‘ that shows that “tall people tend to get promoted more often and earn more money.”

Male politicians and CEOs often have their shoes layered and clothes tailored to appear taller and larger, and stretch their frame in group photos. Mr. Rudd seems oddly troubled about his shortcomings and keeps mentioning, even in a TED talk found on YouTube, his tiny hands.

A quick internet search reveals that short-man syndrome is a thing : “Why Men Lie About Their Height,” warns The Wall Street Journal. “The Napoleon-complex is real,” reports the Daily Mail. “They are angrier than taller men,” explains CBS News.

See let’s see how Kevin Rudd’s “official” height (1.79 m) compares to that of some of his peers (Disclaimer: I do not own the copyright of those pictures; so, you will have to imagine now to see them):

While we shouldn’t generalize from a man’s shortness to his proclivities to lie and cheat (his way up), we should always distrust a short man who lies and cheats about his height. And what we absolutely must not do – and fail to observe at our own peril – is giving a dishonest short man a global stage:

“Kevin Rudd warns of ‘hot war’ between China and the US.”

Great politicians – of course – are all about manipulation and boundless ego. That said, Kevin Rudd’s “bad-tempered outbursts” and “grand lies” in Australian politics, all searchable online, seem on another level – as if Australia wasn’t big enough for him. He is clearly unhinged and ready to say sensational stuff that gives him the greatest amount of media coverage, thus attention.

The global media now decided to make him the world’s greatest “China expert.” Predicting a US-China war and being planetary quoted is so cool. It just irks me indefatigably that I clearly remembered this Kevin Rudd as a much shorter man when suddenly his PR team set out and declared him 1.79 m to the entire world. It just ain’t the truth.

The author is a frequent commentator on Sino-Western affairs.