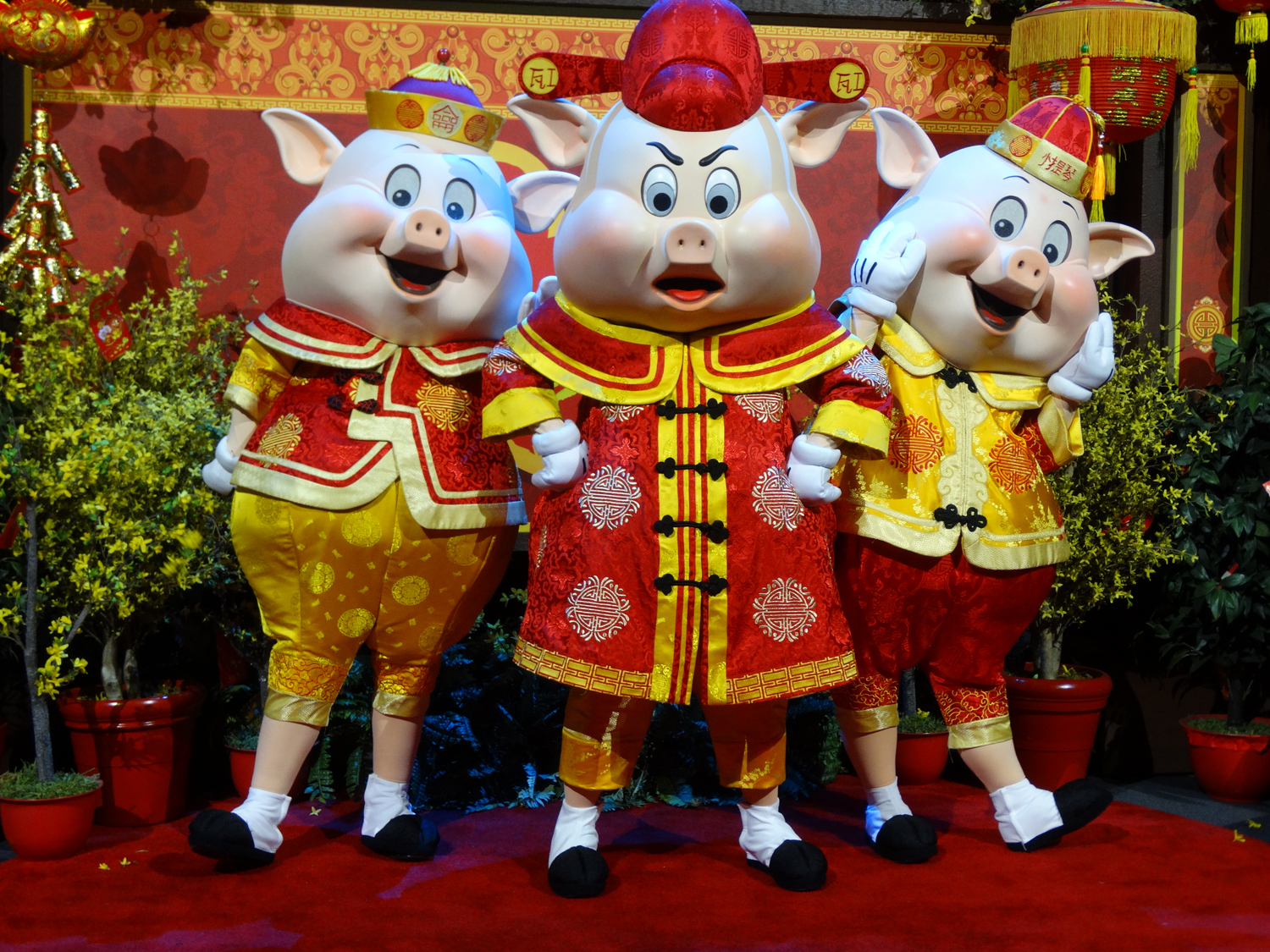 Pictured above: Eurangloland, led by imperial, globocop Uncle Sam can huff, puff and project its ersatz “full spectrum dominance” in trade, tech and military all it wants, to try to blow down China’s 5,000-year-old brick house. Sorry, as these Three Little Sino-Pigs will tell you, it was game over starting in 1949, with Mao Zedong.


China Rising Radio Sinoland · China-Tech And Its Allegory Huawei: You Will Be Gob Smacked How Sinoland Is Zooming Past The West

They are free, short, sweet, well-produced and very informative, blending in geopolitical analysis and what China-Tech’s relentless march means for the rest of the world, especially Eurangloland (NATO, Europe, Five Eyes and Israel).

After more than 100 clips, I had to accept the fact that I did not have enough hours in the day to keep up with it all, so I am keeping up on daily basis – which in itself represents a lot of time – a hyperlink library that you can access and search. Add it to your weekly favorite weblinks. You will not believe what’s going on in Sinoland.

I can’t keep up! Baba Beijing and the Chinese Nation are so unstoppably prolific with High-Tech, innovation, invention, infrastructure, space and military, that I’ve created a hyperlink library – growing every day – which you can access 24/7. Enjoy and learn. China Tech News Flash! 210921

During this evolution, my younger daughter graduated from Beijing Normal University (BNU) and for a year, worked with Huawei Europe, whereupon she is now getting a Master’s in Big Data Analytics in Paris, which she plans of using with her Chinese BS in Human Resources. Hearing some of her stories got me keenly interested in this amazing, world’s-largest employee-owned corporation. Doing lots of reading and research, it slowly dawned on me that Huawei is the perfect allegory, not just for the West’s attempts to crush China-Tech, but Eurangloland’s futile attempts to maintain military, economic, financial and innovation superiority over Sinoland. I can say with full confidence and much knowledge that as Huawei goes, so goes the Chinese Nation.

This was especially true after I did several in-depth exposés on the US-Canadian kidnapping of Huawei CFO Meng Wanzhou in December 2018, through her eventual release this year. Given this incredible correlation between Huawei and China, I also created and keep up a bilingual Huawei Online Library, which likely has the largest available collection of documents on the subject, free to download,

The biggest mistake that Euranglolanders make in underestimating China-Tech is that Eurangloland began losing this race on 1 October 1949, when the Chinese Nation was liberated by communism and socialism, forever relegating the Western driven century of humiliation (1839-1949) to the dustbin of history. No, it did not start with Deng Xiaoping’s “miracle of the marketplace”. That was simply Sino-Phase Two and the world is now entering China’s Phase Three, which the rest of humanity cannot avoid, kicking and screaming all the way, when in fact it should embrace it, since Baba Beijing’s multi-polar, win-win, mutually beneficial, Confucist-Daoist-Buddhist Datong (Chinese utopia) vision for our Pale Blue Dot is our greatest hope.

The second colossal failure of imagination outside China, thanks to Eurangloland’s incredibly efficient, brainwashing Big Lie Propaganda Machine (BLPM), is that this century as the “Sick Man of Asia” represents the entirety of China’s 5,000-year history: inept, inefficient, primitive, poor, backward and corrupt. Before 1839, China was the preeminent economic, military, agricultural, infrastructural and technological global behemoth, going back three millennia before the birth of Jesus Christ.

The third grotesque misreading of history is that the Mao Era (1949-1978) was a total political, social and technological catastrophe, only making the poor Chinese even poorer and more backward than they already previously were. Yet, you don’t,

All of this and more – in 29 years – ONE generation, during this time in which the capitalist West completely shut the Chinese out of global trade and finance, creating the Sino-Soviet split, Korean and Vietnam Wars on the country’s borders to try to frustrate, bankrupt and overthrow it – ALL to NO avail! When Mao Zedong died in 1976 (Deng’s Phase Two started in 1978-80), the Chinese were just getting warmed up, while brainwashed Euranglolanders had no idea what was really heading their way (https://chinarising.puntopress.com/search/?q=mao%20zedong)!

Post-World War II, Westerners have been choking on the most egregious, self-deluding, hubristic, imperial balderdash. Thus, they will go down crashing in Sino-flames in the not to distance future, waking up one morning, wondering what the hell happened,

I mean, is it true? I thought we were going to Number One forever…

Anyone who has read The China Trilogy knows better, already getting a fun, easy, adventuresome, honorary PhD in Chinese Studies. They can now prepare themselves and protect their loved ones, since they understand how China’s 1.4 billion citizens think and work, who are driving all of us into the 22nd century, in every way imaginable, be it governance, trade or technology,

Look who is praising The China Trilogy: the votes are in – it R-O-C-K-S! What are you waiting for?

If you want to keep honing your Sino-chops for an up-to-date, easy post-graduate diploma in all things your future, simply sign up for the FREE China Rising Radio Sinoland Substack email alerts here,

One thought on “Following China-Tech and its modern-day allegory Huawei, you will be gob smacked at how this country is zooming past the West in all phases – and it started in 1949, with Mao Zedong. China Rising Radio Sinoland and China Tech News Flash!”