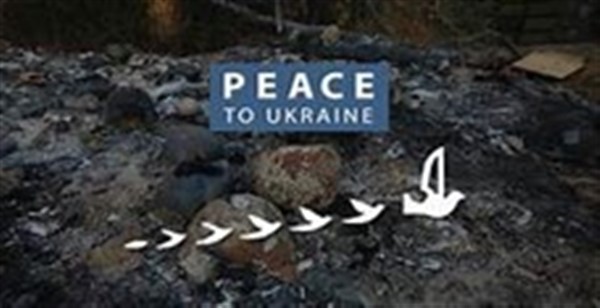 Recently released by Eric Denécé, Director of the Centre Francais de Recherche sur le Reseignement (CF2R), is a scathing report, titled Zelensky’s Unbearable Reaction. Brilliantly written, it represents a concise, definitive, all-encompassing review of the duplicitous, mismanaged, dishonest ways the war in Ukraine has, and continues to be, grossly conducted by the Zelenskyy government and his American, European, NATO proxy allies.

Denécé, a former French Naval intelligence analyst, is the author of over 20 books on intelligence, terrorism and special operations. In the past he has taken many pro-Russian positions in the war in Ukraine. In February 2022, a few days before the Russian invasion began, Denécé claimed “American spin doctors” were staging “a Russian threat and aggression that does not exist”. By March 2022, Denécé accused the government of Volodymyr Zelensky of having “provoked the situation in which the Ukrainian population finds themselves, and has a responsibility at least as important as that of the Russians in the War.” When further asked in April 2022 a question of who has the greatest responsibility in the War, Denécé commented, “We do not cry out with the wolves because when we look at history, it is obvious that we (the West) pushed the Russians into a trap.” In 2019 Denécé agreed with French President Emmanuel Macron’s bold comments about NATO’s role in Europe, when he said, “For once I agree with Emmanuel Macron. It’s not just that NATO is brain dead, it’s that it’s long dead! The Organization should have disappeared, neither in 1989 nor even in 1992, but in the second half of the 90’s. 5 to 6 years after the end of the Cold War, when there was no longer a strategic threat in the East due to the implosion of the USSR. From then on, as a military organization, it no longer had a purpose; to keep it as such made no sense.”

Denécé’ report is a must read for those in the world who sincerely desire to know the many real truths and untruths that Western propaganda avoids as to the underlying reasons why: the war began in the first place; who and what has been behind the continued pressing of the war from the start, and; who continues to impede the undertaking of real peace negotiations that finally will bring a close to the madness of a potential nuclear war.

Otherwise, to avoid the analysis Denécé makes, unless one has been an assiduous student of international affairs, and closely followed the international political events of recent decades that led up to the violent coup of 2014 by US-NATO-Western Ukrainian ultra-right, Nazi-influenced elements who were intent upon over-throwing the Ukraine’s then pro-Russian government, they must remain virtually at sea to be able to discern fact from fiction. Instead, they’re more apt to accept as gospel the propaganda of the Western corporate mainstream media’s version of what has led to the dangerous precipice upon which the world continues to tetter-totter.

Sadly and regretfully, far too many still remain severely politically-handicapped and, as the old saying goes, simply possess “one sandwich short of a picnic” when it comes to their inability to understanding whatever the unfounded or patently false canard put forth about the Russians or Ukrainians roles in the war and what has led to this current moment in history where the world now faces another potential nuclear war crisis that, perhaps, if allowed to drift in the direction it is heading, is even more cataclysmically-threatening than was the Russian-American-Cuban Missile Crisis of 1962.

But for those in the world who genuinely want to see: an end to all the death and dying; a resurrection of the quest for some modicum of world peace, and; a parallel renewed quest for prosperity and civility in the world at large, the critique by Eric Denécé is an absolute must read.

Pour over his every word with an open mind about the mess the world is hopelessly in.

Once read, then ponder what Russian poet Yevgeny Yevtushenko meant when he wrote the poem LIES seventy years ago in 1952:

Lying to the young is wrong.

Proving to them that lies are true is wrong.
Telling them
that God’s in his heaven
and all’s well with the world
is wrong.
They know what you mean.
They are people too.
Tell them the difficulties
can’t be counted,
and let them see
not only
what will be
but see
with clarity
these present times.
Say obstacles exist they must encounter,
sorrow comes,
hardship happens.
The hell with it.
Who never knew
the price of happiness
will not be happy.
Forgive no error
you recognize,
it will repeat itself,
a hundredfold
and afterward
our pupils
will not forgive in us what we forgave.

The buck stops with YOU. If you don't share this, who will?
Categories: Deep State, Fundraising, Guest article, Interview, Radio Sinoland, Russia, US Empire