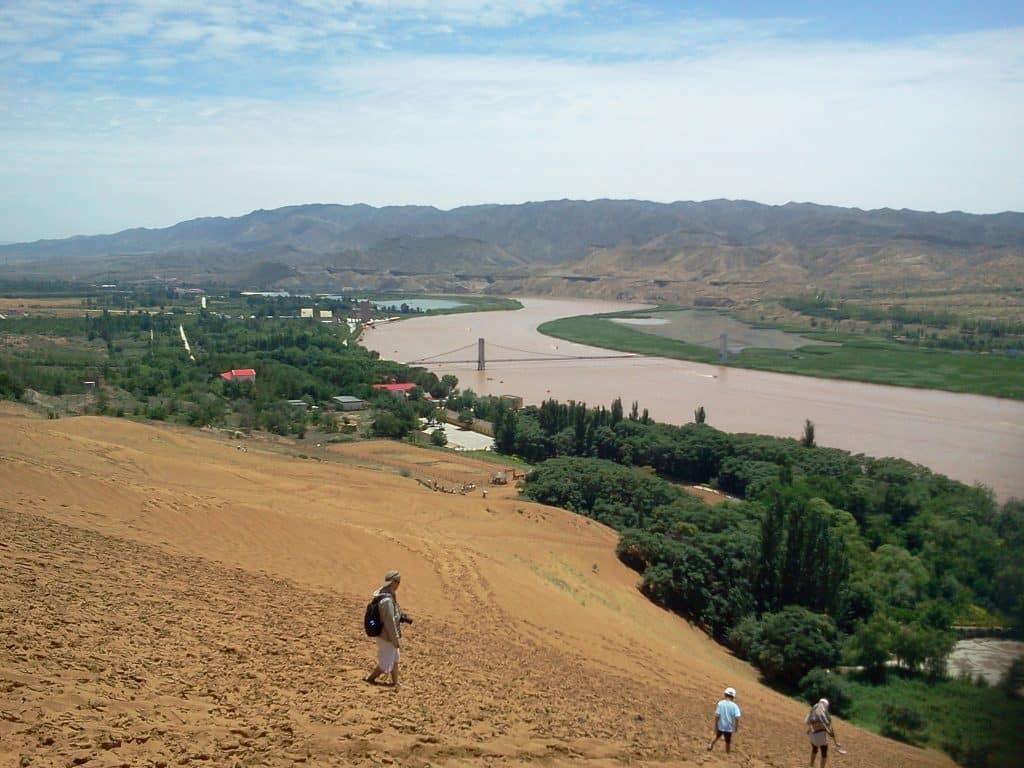 Pictured above: sitting atop Gobi Desert sand dunes at Shapotou, Ningxia, overlooking the mighty Yellow River, which is dotted with Homo sapiens archeological sites going back millions of years. Photo from the book, 44 Days, by Jeff J. Brown

Listen to Jeff talk about some of the travel and cultural highlights from his book and journey, 44 Days Backpacking in China. This podcast covers his trip in Shapotou, Ningxia, and on to Lanzhou, the provincial capital of Gansu. Enjoy and share…

One thought on “Part 3 of 44 Days Beijing Radio AM774 Interview with Bruce Connolly – from Shapotou, Ningxia to Lanzhou, capital of Gansu.”