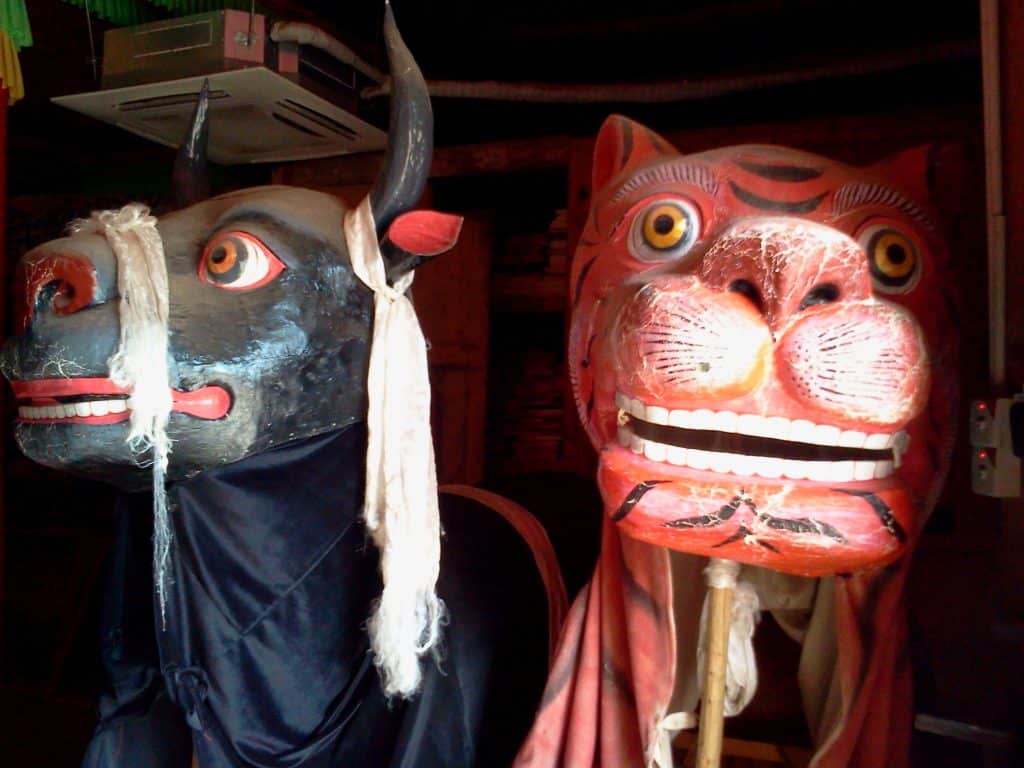 Pictured above: Tibetan Buddhist festival masks worn by dancers and paraders in Xiahe, Gansu, China, at the sublime Labrang Temples. Photo from the book, 44 Days, by Jeff J. Brown


Listen to Jeff talk about some of the travel and cultural highlights from his book and journey, 44 Days Backpacking in China

This podcast covers his journey across China from Lanzhou, the provincial capital of Gansu, to Xiahe, the Tibetan town that houses one of the world’s greatest Buddhist temple complexes, Labrang. Enjoy and share…

One thought on “Part 4 of 44 Days Beijing Radio AM774 Interview with Bruce Connolly – Lanzhou, the provincial capital of Gansu, to Xiahe, the Tibetan town that houses one of the world’s greatest Buddhist temple complexes, Labrang.”