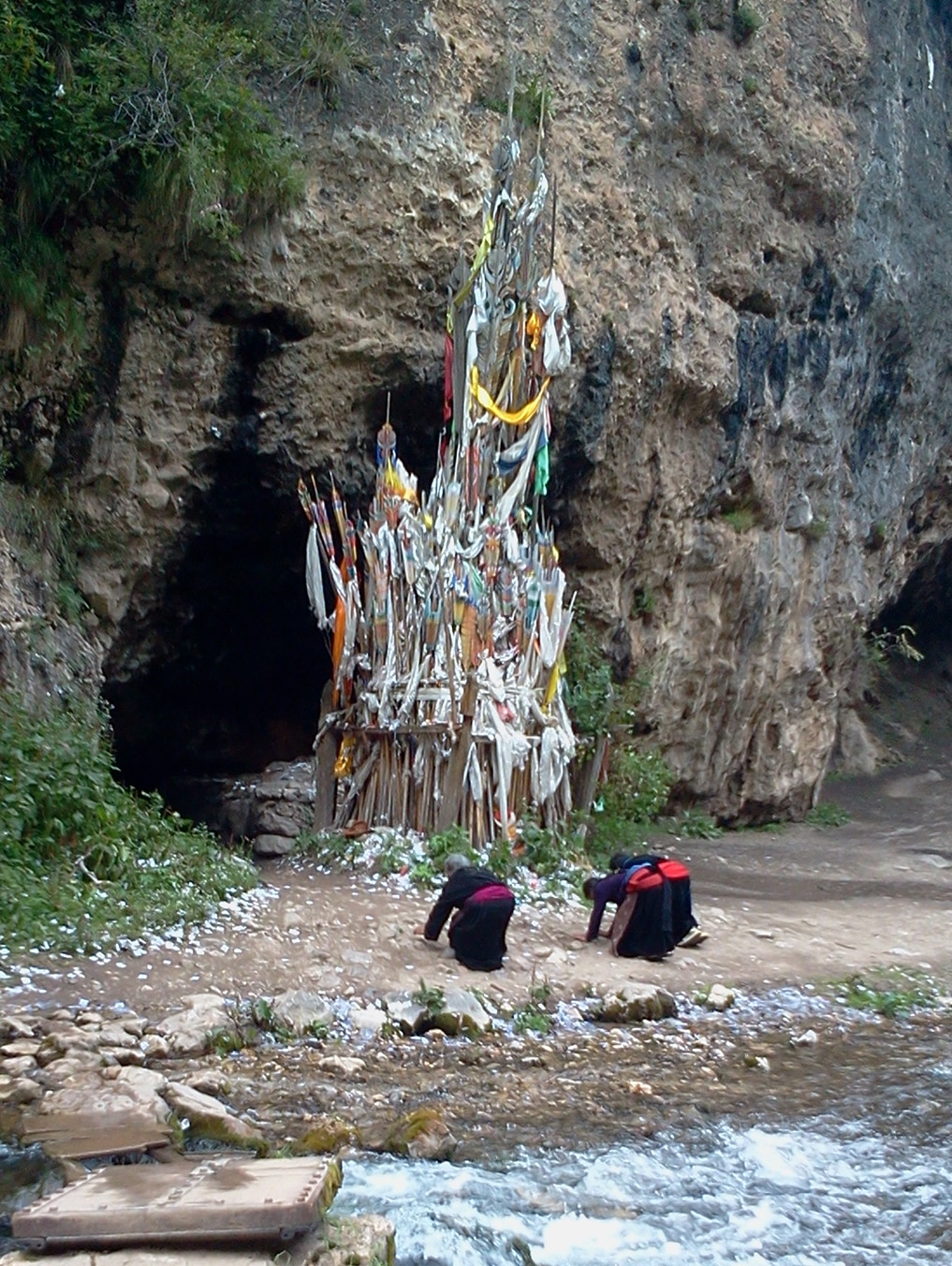 Pictured above: Tibetan faithful praying and chanting around an altar on the banks of the Namo River, in Langmusi, Sichuan, before going into Fairy Cave, behind, to leave offerings of supplication. Photo from the book, 44 Days, by Jeff J. Brown.

Listen to Jeff talk about some of the travel and cultural highlights from his book and journey,44 Days Backpacking in China (see below). This podcast covers his journey across China in Langmusi, on the border of Gansu and Sichuan, and on south to the UNESCO World Heritage site, Jiuzhaigou Park. Enjoy and please share…

One thought on “Part 7 of 44 Days Beijing Radio AM774 Interview with Bruce Connolly – angmusi, on the border of Gansu and Sichuan, and on south to the UNESCO World Heritage site, Jiuzhaigou Park.”