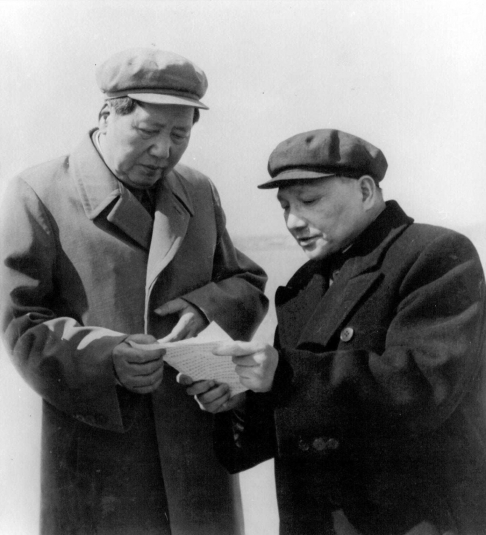 Pictured above: Mao Zedong and Deng Xiaoping, in 1959, working together during the tough times and drought of the Great Leap Forward (image by www.xinhuanet.com)


Join Jeff in Beijing for his 44 Days Radio Sinoland Show. He discusses news and events about China, at home and around the world – information you almost never see and hear behind the Great Western Firewall. China is way too important to not have an insider’s perspective on how its leaders and people are shaping and moving the 21st century.

Today’s show is titled, “Mao Zedong: A Quick Review”. Further his much listened May 1st show about Mao Zedong, Jeff replies to a number of emails he received as comments. If you have not heard that one, it makes sense to do so first, then do this one. It is a fast five minutes, so don’t get distracted while you listen. Happy Mothers’ Day for those fans who are celebrating today.