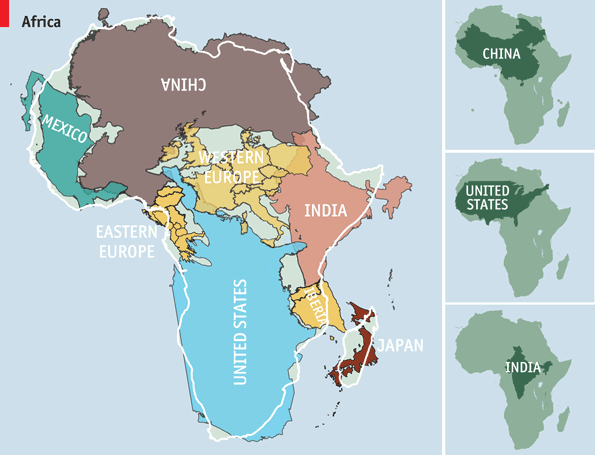 Pictured above: Another fabulous composite map of Africa, demonstrating its unbelievable size.

The buck stops with YOU. If you don't share this, who will?
Categories: 44 Days Backpacking in China book, 44 Days Blog, china, China history, Interview, US Empire
| Tags: Africa