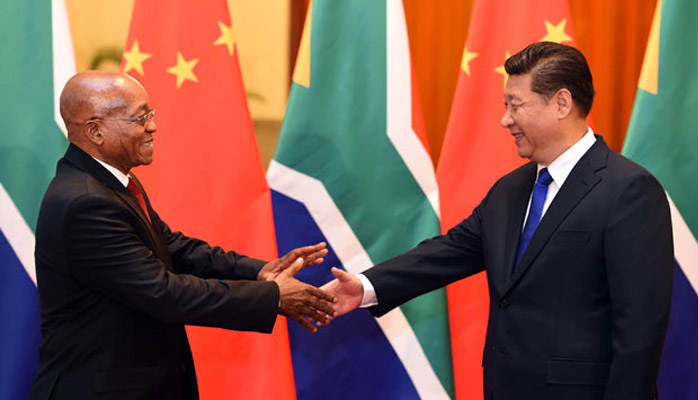 Pictured above: Jacob Zuma on the left, former president of South Africa, meeting his Chinese counterpart, Xi Jinping. They have a very good relationship together, as do their two countries.

Sorry America and Europe, but Presidents Zuma and Xi really do like each other’s company. Now what? When Zuma resigned in February 2018, Xi quickly sent his #1 righthand man, Yang Jiechi, to keep the connection strong with South Africa’s new president Cyril Ramaphosa (http://www.xinhuanet.com/english/2018-03/24/c_137061918.htm).