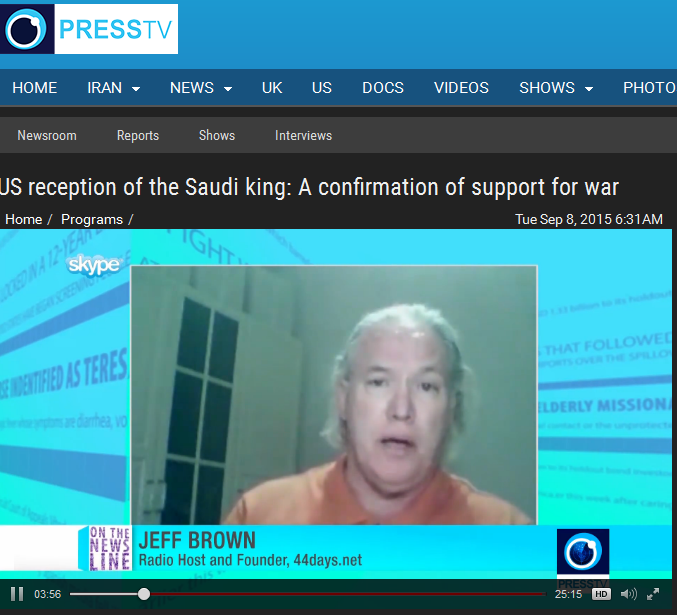 http://www.presstv.com/Video/2015/09/08/428239/US-President-Saudi-King
Jeff J. Brown, author and founder of 44 Days Radio Sinoland, is featured on Press TV’s “On the News Line” program, joined by Mr. Roderic Wye, Associate Fellow of Chatham House, with a recorded riposte from US Treasury Secretary Jacob Lew. The portion of the show dedicated to China is the first seven minutes of the program, so start at the beginning. Enjoy and share the link below,

The buck stops with YOU. If you don't share this, who will?
Categories: 44 Days Backpacking in China book, Beijing, china, China history, China-Russia Relations, China-US relations, Deep State, Interview, US Empire