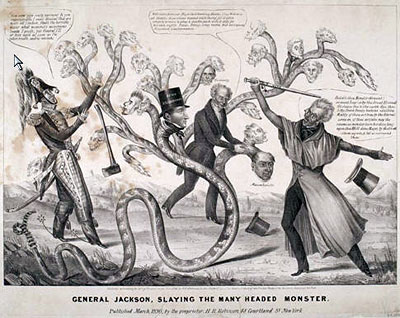 Pictured above: other than Thomas Jefferson, Andrew Jackson was the only American leader who took on the Western banking families and their cartel, and not have his lifespan shortened. Can’t say that about Lincoln, Garfield, McKinley, Roosevelt, Huey Long, Kennedy and so many thousands more across history, going back to Jesus Christ taking on the temple money changers.

Downloadable podcast (also at the bottom of this page), as well as being syndicated on iTunes, Stitcher Radio, RUvid and Ivoox (links below),

Dr. Moti Nissani has previously discussed the Fermi paradox and direct democracy on 44 Days Radio Sinoland. Today, he is back to spell out in chilling detail how for centuries, banking families and their cartels are pulling humanity into an inevitable death spiral. Throughout history, starting with Jesus Christ taking on the temple money changers, those who stand up to these power- and money hungry monsters, frequently live shortened lives, because the bankers destroy or murder anyone who gets in their way.

This is a fascinating, frightening and informative conversation you will not want to miss. Enjoy and share with others.