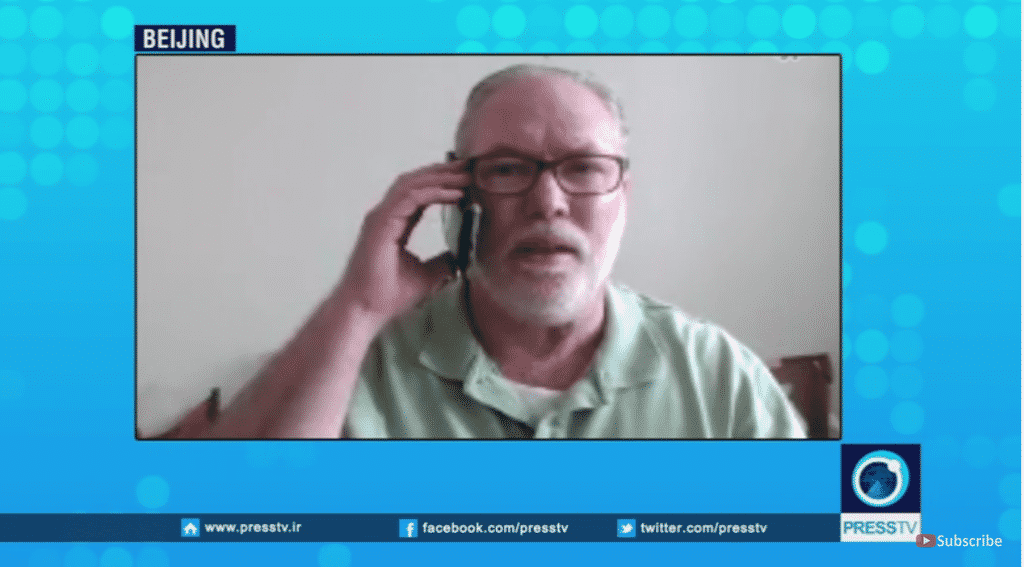 Jeff J. Brown, geopolitical analyst and lecturer based in Beijing, on Press TV, talks about this weekend’s Shangri-La Dialogue in Singapore, a huge, global, military confab of world leaders. Ashton Carter, America’s Secretary of Wehrmacht, again embarrassed himself, his country and his citizens, by ranting at China and making toothless threats. Jeff should know. He was born and raised in the United States. It’s really sad to observe the spectacle of a dying empire, in its final throes of decline.

Watch this short news interview on Press TV, to find out why.

One thought on “America the toothless tiger, flails away at China, the 800 pound Asian gorilla. China Rising Radio Sinoland on Press TV 20160605”