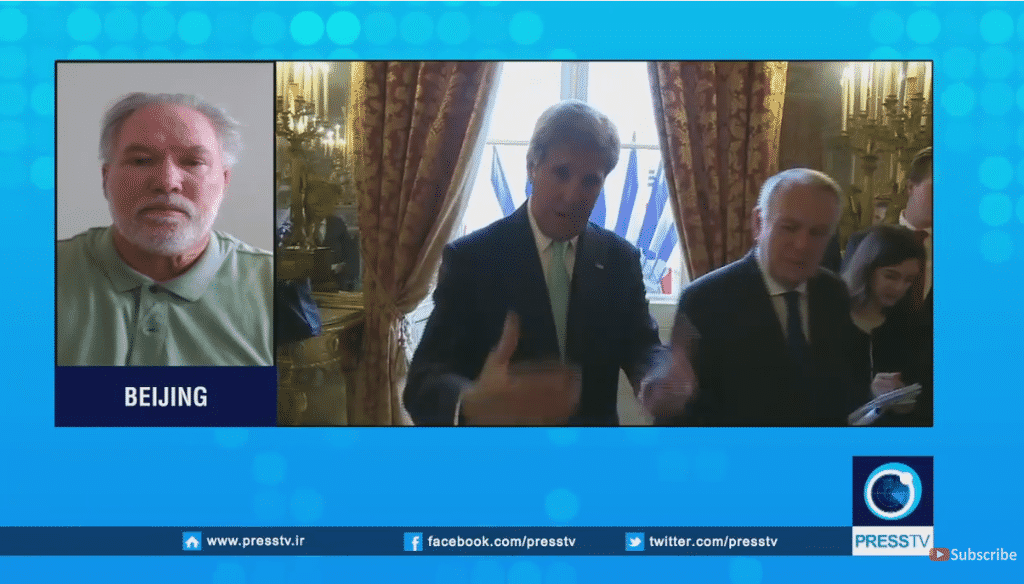 This week, senile, geriatric US Wehrmacht Secretary Ashton Carter got in the ring with Baba Beijing, flailing at shadows and imaginary, yellow-skinned bogey men, only to look like a complete fool on the international stage. Then in round two, Secretary of Empire John Kerry jumped into the fray, very much a drunken sailor with an already bloodied face, swinging wildly at China, while only punching himself senseless. It’s the Keystone Cops and Three Stooges of colonial diplomacy, to brighten your day.

Enjoy Carter and Kerry doing their hilarious Punch and Judy parody on Press TV. Baba Beijing is in the boxing ring corner, watching and smiling. You will laugh so hard, you’ll cry.