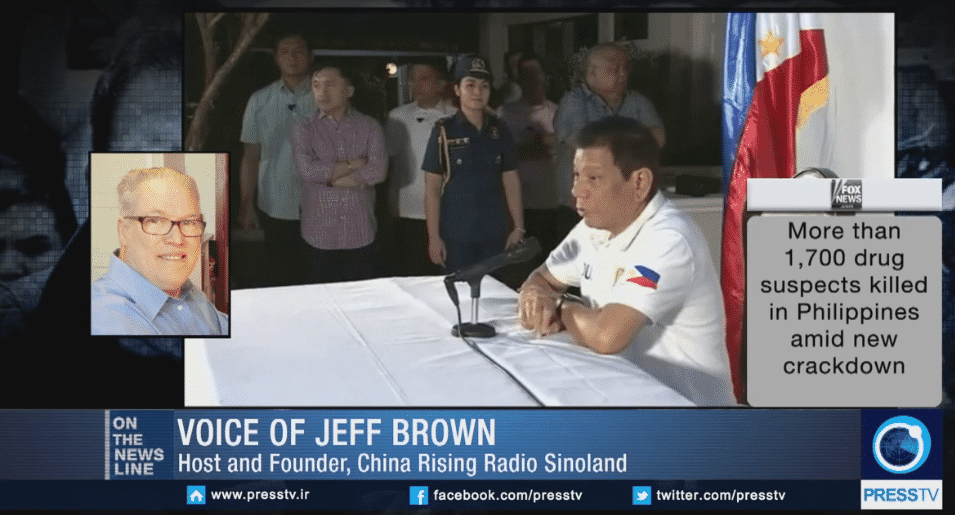 Jeff J. Brown, author, analyst and lecturer on China Rising Radio Sinoland is interviewed on Press TV‘s On the News Line program. Today’s feature is about new Philippines President Rodrigo Duterte lashing out at the United Nations for criticizing the more than 1,700 drug killings taking place in this archipelago, since he took office in June. Watch the first five minutes of this news program to see what it is all about.

The buck stops with YOU. If you don't share this, who will?
Categories: 44 Days Backpacking in China book, Interview, Jeff J. Brown, Podcast, Punto Press, Radio Sinoland, US Empire
| Tags: Philippines, Rodrigo Duterte