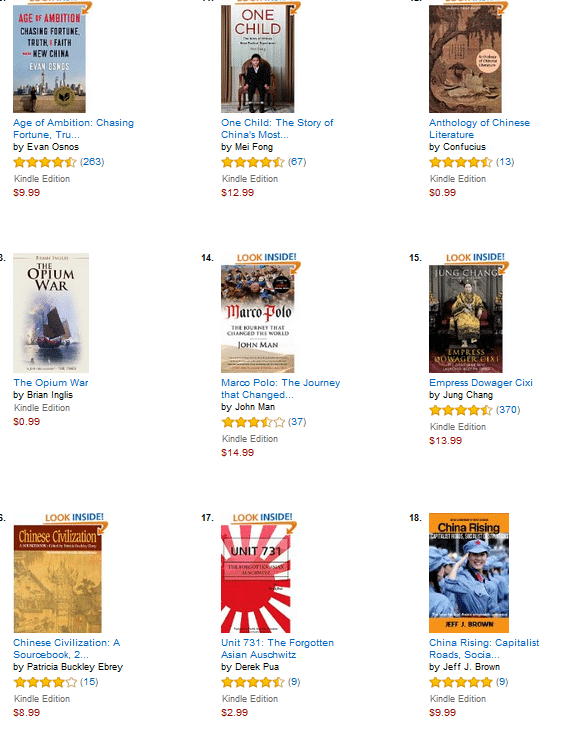 Pictured above: moving on up!

Out of the many thousands published, any book that makes it into the Top 100 of Amazon, by genre, is quite an achievement. China Rising – Capitalist Roads, Socialist Destinations, has already entered this stratosphere and climbed up to #18 this week.

Read for yourself to see why China Rising is creating such a buzz! Fans like it because it offers a unique viewpoint of China, the West and where the world is heading into the 21st century, which can’t be found anywhere else. At only $9.99, you can’t go wrong! Here is the link: