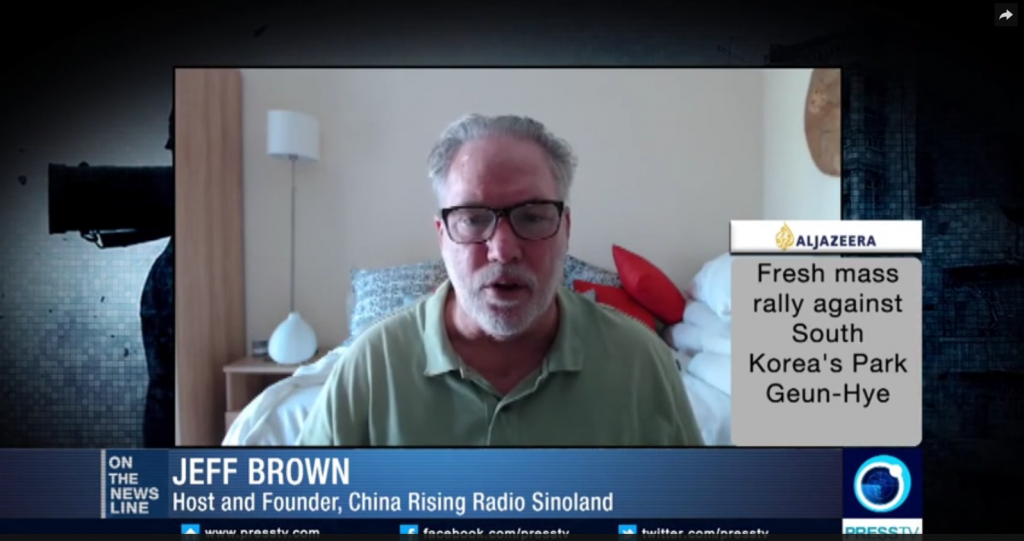 Author Jeff J. Brown, host of China Rising Radio Sinoland, was invited on Press TV to discuss the current crisis in South Korea. As is often true behind the Great Western Firewall, mainstream media’s portrayal of South Korea as a beacon of Western democracy is myth making propaganda.

Watch the full 14-minute program here. Press TV does some very good journalism that you just don’t see in the West: