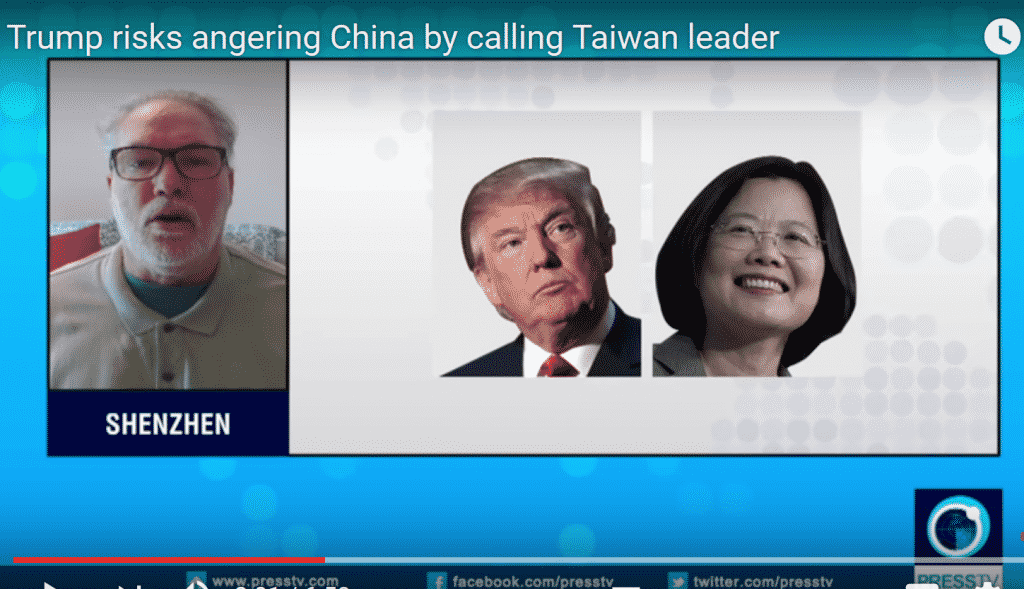 China Rising Radio Sinoland author and analyst Jeff J. Brown was invited on Press TV to talk about all the Western phooey over President-Elect Donald Trump talking to Taiwan’s President Tsai Ing-wen on the phone yesterday. The reaction of the US elites is instructive of just how much Trump is shaking up the status quo among the elites. He reminds Jeff of America’s 19th century president, Andrew Jackson. Other than their wealth, they have a lot in common.