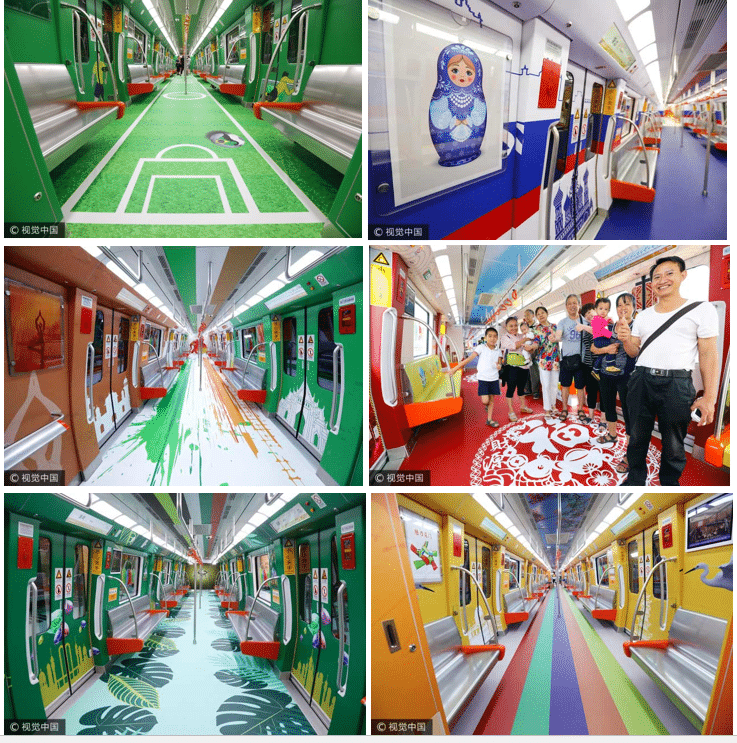 
[dropcap]T[/dropcap]he Chinese have been excelling at deft soft power for thousands of years. The latest global crowd pleaser is Metro Line Number 1 in Xiamen, China, where the most recent BRICS summit was held in early September, 2017 (http://chinarising.puntopress.com/2017/09/07/brics-is-euranglolands-canary-in-the-imperial-mines-china-rising-radio-sinoland-170907/).

There are six sets of cars, a themed one for each of BRICS’ five members, (Brazil, China, India, Russia, South Africa), and in a gesture of sociocultural solidarity, one with all five countries collected together. While this kind of street level international bridge building is often scoffed at in the West as a little shmaltzy and quaint, socialist countries like China just grub it up. The news about this will make it to all the BRICS countries’ media and into the homes and on the phones of many of its citizen, endearing people all over the world to the Chinese people and their global outlook of cooperation and friendship. Ask 20 Chinese on the streets and 19 know what BRICS is. In the US, it might be one out of 20 and in Europe, a few more.

Meanwhile, China’s worldwide soft power, economic and connective cooperation is in painful contrast to the West’s imperial tyranny, destroying and sabotaging too many countries to fully list, but of course North Korea, Cuba, Eritrea, Syria, Iraq, Yemen, Palestine, Afghanistan and Libya roll of the lips, dripped in blood, all of these and more, which I address in China Rising: Capitalist Roads, Socialist Destinations (https://ganxy.com/i/113798/jeff-j-brown/china-rising-capitalist-roads-socialist-destinations).

In fact, Washington, London and Paris should reciprocate and make similarly themed metro lines that reflect their colonial values. We could have one for Iraq, showing the 500,000 children starved to death by the West’s criminal and illegal sanctions imposed on these suffering people. Another line could show the CIA working with Afghan war lords, to divvy up the profits from the sale of heroin, refined from the annual opium harvest, and showing US military airplanes loading up all that white powder, to ship back to America, to help keep the prison industry’s gulags full. Another car could show the West’s proxy armies in Syria, “USIS” – not ISIS – standing for “United States Islamic Satrap”, pulling off false flag chemical weapons attacks and bogus beheadings. Another one showing Palestinians dying like flies in the gutters of bombed out Gaza and the West Bank: you get the idea. The opportunities are endless. Western tyranny around the world has so many images of genocide and devastation, for Washington, London and Paris to create imperial themed metro cars – I don’t know where to start.

On to more pleasant thoughts. To get more background on China’s Anti-West, soft power concept, here is the source article: