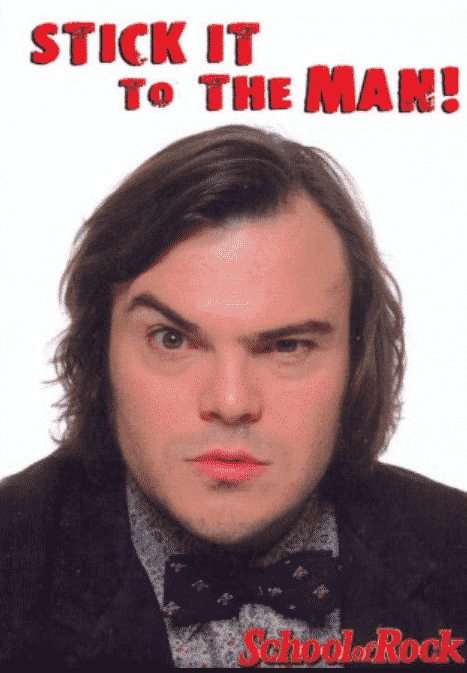 
There are days here at China Rising Radio Sinoland, when it’s tough to tolerate how screwed up the West continues to make our only home in the Milky Way galaxy, Planet Earth.

[dropcap]I[/dropcap] get a lot of criticism for reporting the historical and current truth about Western empire and its foundation of capitalism (http://chinarising.puntopress.com/2017/10/25/how-can-western-capitalism-beat-this-thats-the-rub-it-cant-china-rising-radio-sinoland-171022/), racism (http://chinarising.puntopress.com/2015/10/01/slavs-and-the-yellow-peril-are-niggers-brutes-and-beasts-in-the-eyes-of-western-empire-the-saker-44-days-radio-sinoland-2015-10-1/ and http://chinarising.puntopress.com/2016/11/05/the-dark-skinned-exploited-peoples-of-the-world-are-calling-the-west-for-what-it-is-racist-china-rising-radio-sinoland-161105/) and colonialism (with the help of “legal” institutions like the World Bank, International Monetary Fund, GATT, WTO and NAFTA: https://archive.org/details/ConfessionsOfAnEconomicHitman_257), all alive and well everywhere you look, outside of a handful of communist-socialist countries, along with defiant Russia. These latter in turn have to fight 24/7, year after year against the West, which is spending billions and working ceaselessly to blockade, sanction, boycott, subvert, overthrow and start a war with them.

I’ve researched it all – thousands and thousands of hours of it – documented and sadly true. I even created a flow chart of the cycle of Western empire (http://chinarising.puntopress.com/2016/03/27/the-cycle-of-western-empire-a-china-rising-radio-sinoland-modern-day-math-lesson/)

I am sure it has cost me a lot of books sales for The China Trilogy (http://chinarising.puntopress.com/2017/05/19/the-china-trilogy/), because I report the West’s constant, obvious and evil use of false flags around the world, to cower its citizens, as well as citizens and leaders in other countries, into tolerating imperial/proxy terrorism, occupation and war in their lands, and back home, a rapid slide into police state fascism. In Book #2, China Rising: Capitalist Roads, Socialist Destinations, after hundreds of hours of focused research and reading, I completely dismantled the official story behind several Western false flags. I learned just how important false flags are for the elites to brainwash, control and rob the public, and that the real conspiracy nuts and enablers are the ones who keep denying the obvious truth. Since I grew up in Oklahoma, one false flag I regret not including is the Federal Building bombing (http://chinarising.puntopress.com/2017/05/06/a-us-government-lie-exposed-the-1995-oklahoma-city-bombing-china-rising-radio-sinoland-170505/).

It was also a real gamble putting together China Rising. After publishing Book #1, 44 Days Backpacking in China: The Middle Kingdom in the 21st Century, with the United States, Europe and the Fate of the World in Its Looking Glass and halfway into finishing China Rising, I slowly realized that after 60 years of denial and rationalization, the only way I could truly understand China – and the rest of the world for that matter – was to journey into the inner soul of the West and its unsettling and frightening truths. Joseph Conrad’s Heart of Darkness was a brilliant allegory that did just that. Ditto Herman Melville’s Moby Dick. Thus, I made the decision to put all my research about the West at the beginning of China Rising, this being the same sequence I went through to finally empathize with the Chinese people, their civilization, how they perceive themselves and the rest of humanity.

Writing a book about China that spends the first hundred pages exposing the chaos and destruction of Western empire does not sit well with some readers. For increased sales, I should have put that section last. Even better, I could have left it out entirely and been invited for more interviews and gotten blurbs and book reviews from known figures. But, I stuck to my principles and put the bitter truth front and center.

As my wisdom and knowledge about how the world really works expanded, the last piece of the puzzle, capitalism, fit perfectly in its missing slot to complete the picture. Capitalism is nothing new. It is just the 1% elite exploiting the Industrial Revolution to concentrate their wealth into fewer and fewer hands, in ever and ever greater quantities, from the blood and treasure of the 99%. With or without the steam engine and electricity, our owners have possessed us and our natural resources, since the dawn of sedentary civilization, something Frank Scott pinpointed in our interview together (http://chinarising.puntopress.com/2017/09/14/the-sage-of-san-francisco-sounds-off-frank-scott-on-china-rising-radio-sinoland-170914/). Imperial capitalism just made it global. And Ramin Mazaheri reminds us that capitalists and their governments are happy to support terrorists, for the sake of making money (http://www.greanvillepost.com/2017/12/10/frances-lafarge-co-going-through-a-tough-time-after-proof-they-worked-with-terrorists-in-syria/). They will also sell your mother into prostitution, burn down your house, clear cut the forest surrounding it, finish off your neighborhood and move on from there, if it means turning a profit.

I’ve sadly lost friends or have suffered reduced contact with others, as a result of speaking truth to imperial power. This is especially true when I began to include capitalism in the conversation. It is the Father, the Son and the Holy Ghost of the West – unquestionable, unassailable, omnipotent and perfected – a dogma, a religion. The vast majority of the world’s citizens, ironically including many of the victims, cannot accept the genocidal vileness of the West and its cancerous system of capitalism, which goes back to at least the 15th century and the Age of Exploration Pirates, Plunder and Extermination.

Thus, I am currently in a pensive mood about humanity’s trajectory, my journalism and book writing, as well as the future, since my wife and I just decided to retire from full time employment, in June 2018.

As luck would have it, the perfect comic relief came this week. My good friend, Godfree Roberts (http://chinarising.puntopress.com/blog-2/ and search “Godfree Roberts”) sent me an article on Counterpunch, from 2013, called, Your Commie Horoscope, by Joshua and Elliot Sperber (https://www.counterpunch.org/2013/12/23/your-commie-horoscope/). Superbly funny and spot on politically, it is droll satire from start to finish.

For fans and friends reading this article, just click on the above link to read Your Commie Horoscope. Before you do, sharing is caring. Please post, like and follow China Rising Radio Sinoland on all your social media,

For those of you less well versed in capitalist versus communist-socialist vernacular, here is a movie clip that sums it up well – you versus The Man:

To close out this article and podcast about sticking it to The Man, let’s listen to Paul Kantner’s and Jefferson Starship’s majestic Blows Against the Empire album, from 1970, presented below in its entirety. It is so brilliant and original that it was nominated for the well-respected science fiction Hugo Award in 1971. Full of anger and contempt for our elite owners and their system of exploitation and war, it takes the listener on an anti-establishment, revolutionary journey against “Uncle Samuel”, which should ring a fire alarm or two. It was among the first in popular music to denounce Ronald Reagan, brandishing his rabid, foaming at the mouth anticommunist hysteria. Enjoy and reflect.