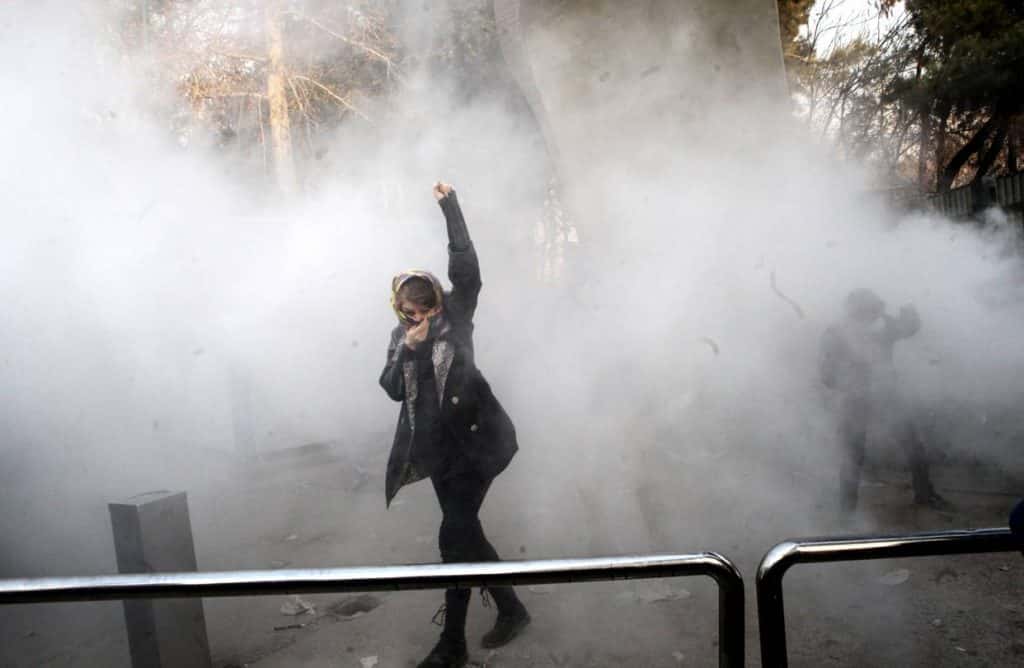 The Wall Street Journal ran this photo purporting to show a student protester in Iran. The paper could hardly help gloating over the disturbances. PHOTO: REX/SHUTTERSTOCK/EUROPEAN PRESSPHOTO AGENCY

With the Western propaganda foghorn blasting fake news about one of empire’s most hated countries and its people – socialist Iran and majority Muslim Iranians – Ramin Mazaheri shows us what a carefully censored and selective lie it all is,

Ramin’s article is a definite read for those who are going through the arduous process of getting debrainwashed behind the Great Western Firewall. Be sure and sign up for The Greanville Post newsletter, while you are there.

Enjoy, learn and discuss. Sharing is caring. Please tell your family, friends and colleagues about China Rising Radio Sinoland (www.chinarising.puntopress.com) and post, share and follow it on all your social media. Be sure to sign up for the free email subscription, so you don’t miss a beat.

Here is another one, with much discussion on how these Iranian protests appear to be planned and managed by the United States and Israel,

Tony Cartalucci dug up some great evidence about how blatant empire’s plans are to overthrow Iranians’ way of life, going back years,