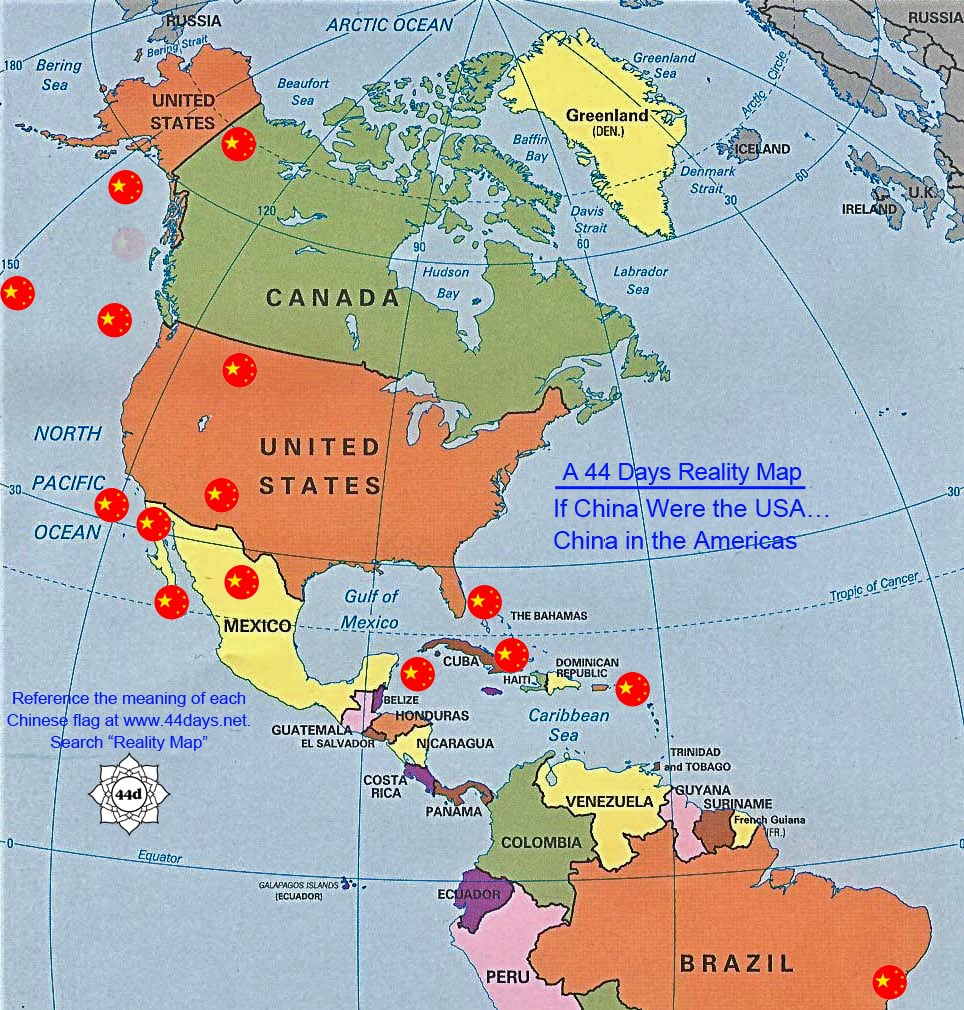 Pictured above- Map: If China Were the USA… China in the Americas. Created by: Jeff J. Brown, China Rising Radio Sinoland

This is the reference key to the “If China Were the USA… China in the Americas”. Each of the countries and regions portrayed in the Americas, with a Chinese flag, corresponds to a real life place in Asia, which is noted in parentheses below,