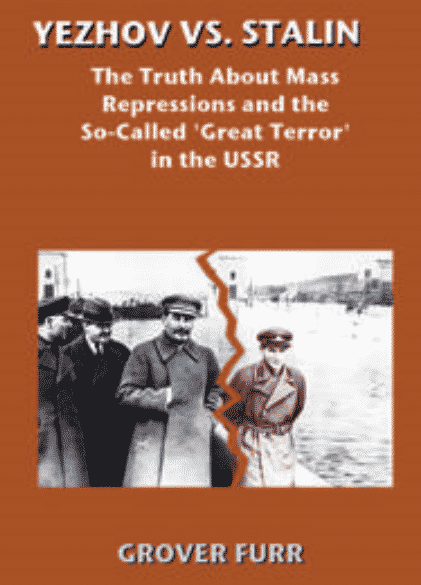 Like so many other emotive topics we were inculcated with in the West, from birth, to school, to work and in the media, Soviet leader Joseph Stalin is an iconic magnet of disinformation and propaganda. Years ago, I read a “balanced” biography about him, with all the lurid genocidal psychopathic tropes to keep him in Western character. I had forgotten about that book, but its propaganda still pigmented my vision. It wasn’t until my interview with Leanne Lindsay piqued my curiosity (http://chinarising.puntopress.com/2017/06/02/leanne-lindsay-is-ready-for-communism-like-yesterday-baby-china-rising-radio-sinoland-170602/), since she closed it out with “Be sure and read Stalin!”. Instead, based on a recommendation by Patrice Greanville (www.greanvillepost.com), I ordered and read Dr. Grover Furr’s  (https://en.wikipedia.org/wiki/Grover_Furr) book, Yekov vs. Stalin: The Truth about Mass Repressions and the So-Called “Great Terror” in the USSR (http://www.erythrospress.com/store/stalin-yezhov.html). Furr has spent years of his life combing the released files from the Soviet era and gives a factual, evidence based look at Stalin’s leadership and those around him; this book being the latest among several.

The following article is a good summary of everything I learned in Yekov vs. Stalin. Written by a Russian, and apparently translated from their mother tongue, Dr. Galima Galiullina’s experiential piece makes for interesting and hopeful reading. It can’t replace everything in a complete book, but it is a nice primer,

Exclusive: Russian Leadership in Transition – From Stalin to Putin