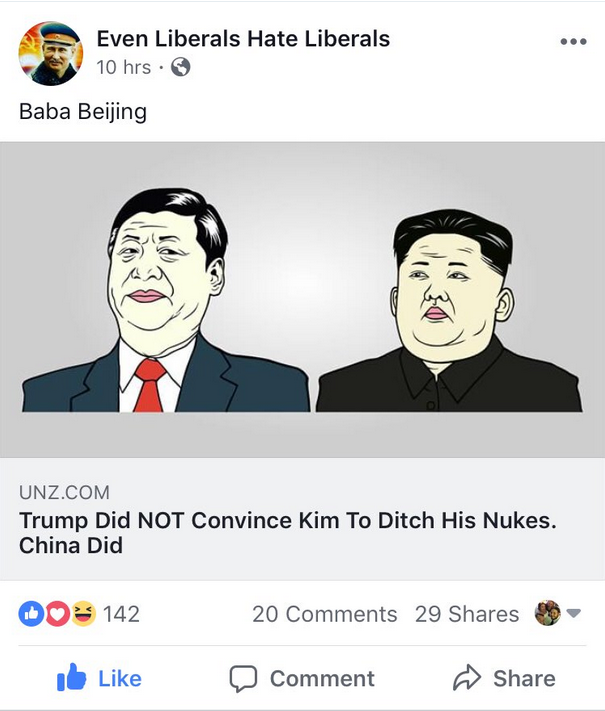 Picture above: a screenshot of the Twitter thread where the term Baba Beijing was used.

[dropcap] I [/dropcap]am pleased to announce that the term I created, Baba Beijing, meaning China’s leadership, is starting to get coined in the mainstream. A big shout out to Artie Fissio, whose Twitter handle is (https://twitter.com/ArtieFissio), for bringing this to my attention. Artie and I have become “Twitter friends” and I really appreciate him promoting my work, via (https://twitter.com/44_Days). Artie is incredibly witty, as he heaves thunderbolts at the Evil Empire of the West. He’s a man on a noble mission, so follow him on Twitter, like I do. The tweet he sent me referred to Ron Unz’s great website, The Unz Report (www.unz.com). I highly recommend adding Ron’s website to your daily diet, where a few of my articles have been published.

I put a lot of thought into Baba Beijing. Baba means father in Chinese, and in many other languages. China’s historical culture is very paternalistic, going back to uber-daddy Confucius and his whole school of thought.

Beijing has a 3,000-year history and much of it has been as the political powerhouse and administrative nerve center of the Chinese nation. From the Forbidden City in the middle of Beijing, with its long history of emperors, to Mao Zedong, Deng Xiaoping, Jiang Zemin, Hu Jintao and now Xi Jinping, whose residence was/is right next door at Zhongnanhai, Baba Beijing is a term full of symbolism and meaning. A satellite photo used in Book #2 of The China Trilogy (http://chinarising.puntopress.com/2017/05/19/the-china-trilogy/), China Rising – Capitalist Roads, Socialist Destinations (https://ganxy.com/i/113798/). On the left is Zhongnanhai, where Baba Beijing has lived since Communist China’s 1949 liberation. On the right is the Forbidden City, where Baba Beijing lived for much of the previous 3,000 years.

Thanks again, Artie… On with the good fight!