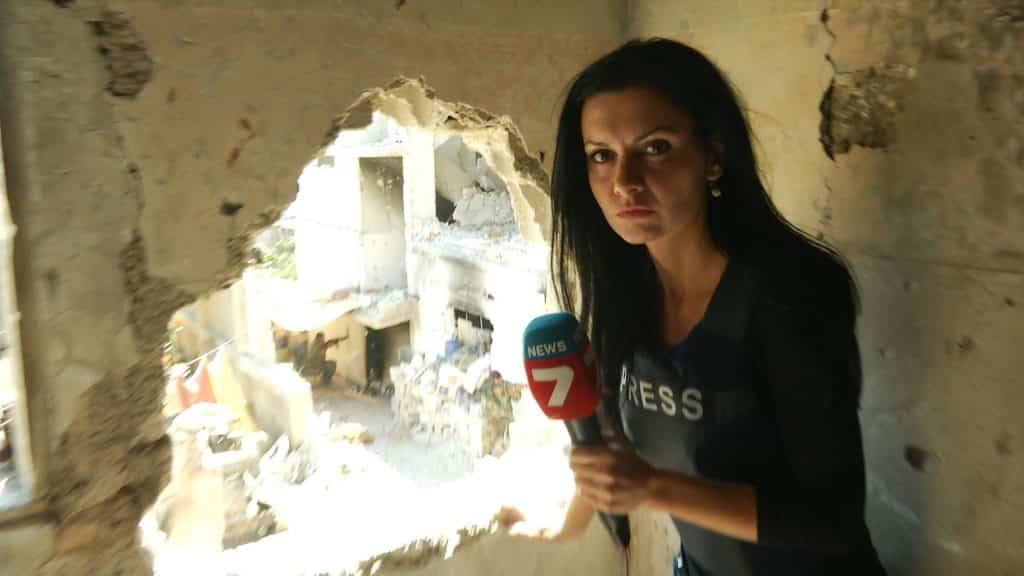 Pictured above: Ms. Dilyana Gaytandzhieva reporting in a location that Westerners and/or Israelis are destroying and where they are killing countless numbers of fellow humans. It’s called empire. 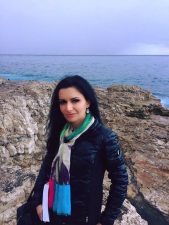 [dropcap] I [/dropcap] am very honored to have on the show today Ms. Dilyana Gaytandzhieva, one of the bravest, most important investigative journalists on Planet Earth. It is people like her who help make the world a better, safer, more just place for all of humanity. She reminds me of of the title of Melissa Etheridge’s and Tom Cochrane’s songs, entitled Brave and Crazy.

Today, we discuss her groundbreaking work about how the United States and its allies are using diplomatic pouch immunity to send tens of tons of weapons to their proxy terrorist armies in Syria. We then talk about her amazing, bulletproof exposé into the West’s massive, multibillion dollar/euro chemical- and bio-weapons industry, which spans the globe in country after country. These blatant, sordid Western crimes against humanity, which have not stopped since Eurangloland’s use of chemical weapons during World War I, will be shown on Al Mayadeen TV, in Dilyana’s hard hitting documentary.

On September 20th, it will be shown in Arabic. Dilyana promises to send me the link of the English version, by the end of the month and I’ll post it here on China Rising Radio Sinoland. In any case, here is Al Mayadeen’s news portal,

Dilyana Gaytandzhieva is a Bulgarian investigative journalist and Middle East Correspondent. Over the last two years she has published a series of revealing reports on weapons smuggling to terrorists in Syria on 350 diplomatic flights. In the past year she came under pressure from the Bulgarian National Security Agency and after refusing to disclose her sources she was fired from her job at the Bulgarian newspaper Trud Daily without explanation. Despite this, Dilyana continues her investigations. Her current investigation provides an overview of Pentagon’s vigour in the development of biological weapons.

2. Her website, with all her articles in English: http://dilyana.bg/

3. You can find her jaw dropping, smoking-gun exposés in the Bioweapon Truth Commission (BWTC: www.bioweapontruth.com) Global Online Library (GOL). Open the directory in her name:

Likewise, this is Tom Cochrane’s guitar-driven, rocker of the same name:

And from my jukebox, just in case:

Either way, both songs are to remember her by and,

LONG LIVE DILYANA GAYTANDZHIEVA! ON WITH THE GOOD FIGHT!