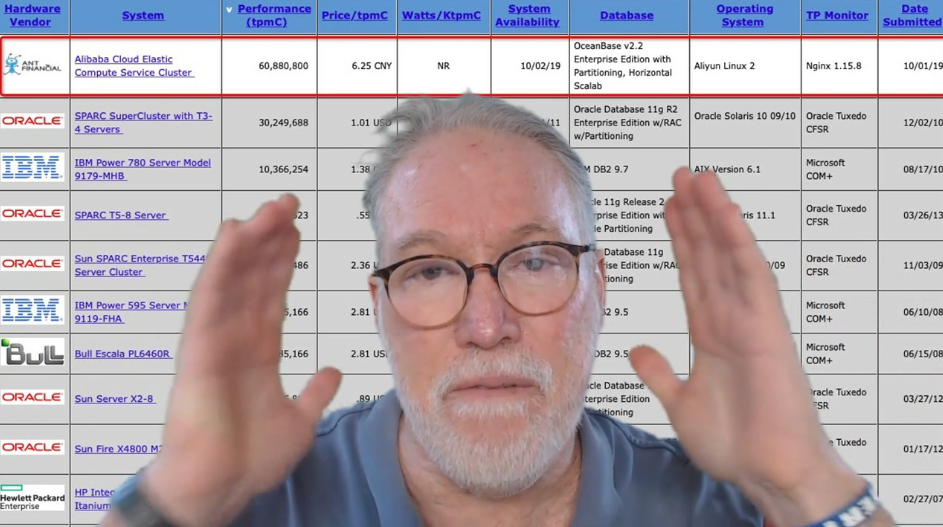 Pictured above: After decades of the global database management system duopoly, Oracle and IBM, Alibaba just shamed them both with their newest offering. It’s not even close.

Alibaba is the “A” in “BAT”, the Baidu-Alibaba-Tencent juggernaut skyrocketing into the 21st century and across the global high-tech stage. Alibaba just grabbed the global #1 for TPC database ratings, far ahead of traditional powers Oracle, IBM, HP and Bull, and it is not even close, especially on a cost per transaction rate. If supercomputers are the frame, database processing is the guts that make them run, making it key to every imaginable business sector, government, aerospace, industry, military and research. It’s that big of a deal. See for yourself…

One thought on “Huawei who? Unstoppable Alibaba has blown Oracle and IBM off the database management mountain. Please don’t tell Donald Trump (click on the big-font links below)!”