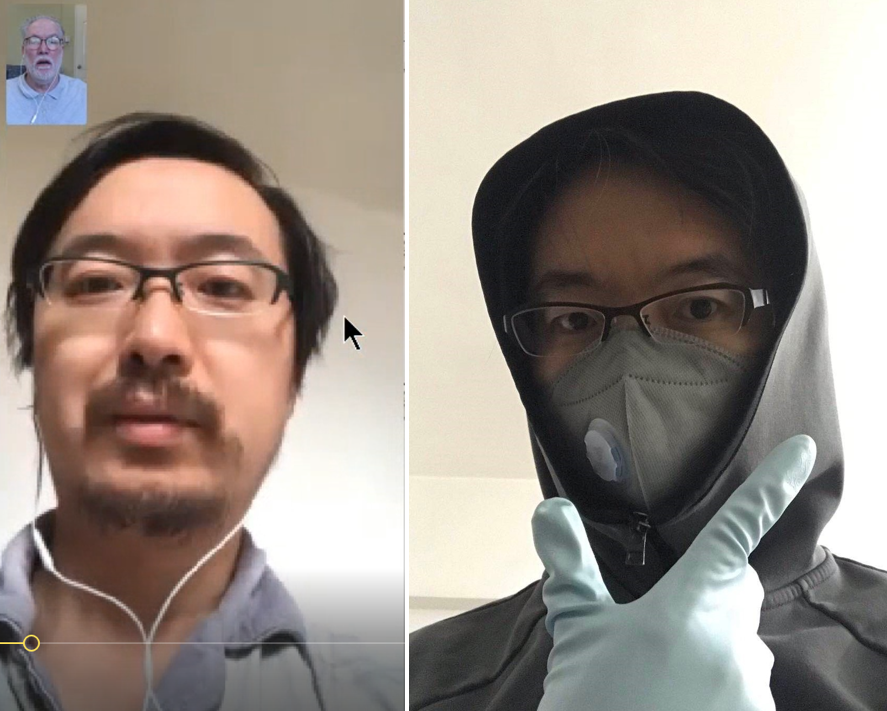 Pictured above: Burning Goose showing his sense of comic relief, as the Chinese people defeat the Covid-19 outbreak, one day at a time.

Note before starting: Burning Goose is an active member of the China Rising Radio Sinoland WeChat forum, an engineer in one of the biggest global(not Chinese) telecommunications corporations, living and working in Guangzhou, Guangdong Province for the last ten years.