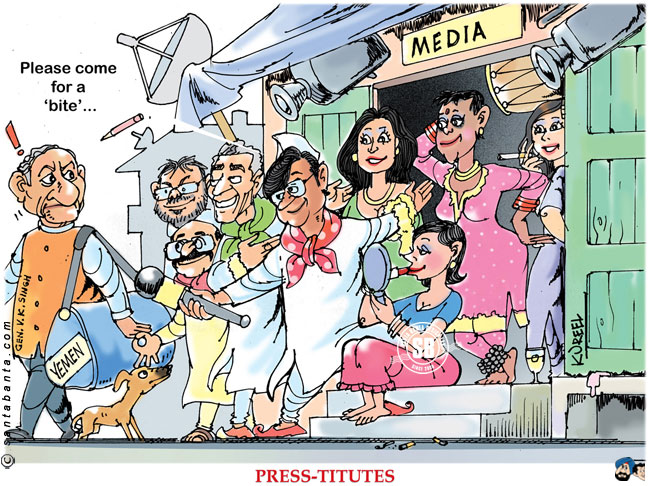 Pictured above: my dealings with MSM journalists are entirely too predictable. It’s the nature of their industry.

I was recently contacted by a freelance journalist, who said they were writing a story on video blogging (vlogging) in China, and wanted to interview me, to be included.

First, a note about freelancing journalists. They are only free in the sense that they do not get a paycheck. They are contract workers who get paid by the article or podcast. In order to get paid, they have to pitch ideas and content to editors who give the thumbs up or down. This means having to write what the editors think is appropriate, what the red lines are and what will be censored. In the West’s MSM, there are thousands of red lines and taboo topics that are censored by the Big Lie Propaganda Machine (BLPM). I don’t call it the Great Western Firewall for nothing.

This freelance journalist interviewed me for about 80 minutes total. I could tell that they did not like what I was saying. I knew that my real-life China experiences would not make it across all those MSM red lines, nor pass muster in the BLPM. They were calling from far away in the United States, a huge geographical and cultural chasm.

Reporting anything that says something truthful or factual about global capitalism’s many anti-imperial enemies is strictly verboten: China, Russia, Cuba, Venezuela, Eritrea, Iran, Syria, DPRK, and on and on, unless it can be spun in the most negative and critical manner possible. 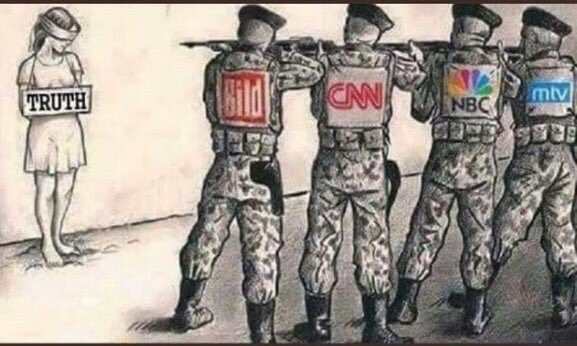 If you are a friend, fan or follower of China Rising Radio Sinoland, you might predict that I didn’t figure much in this person’s article. In fact, they were able to gin two articles that got published in the MSM. Out of all that, I got a one-line quote and was branded as a “French communist”. For most brainwashed Euranglolanders, that was a signal that I am no better than an intellectual leper, and my one sentence could not be valid or trusted.

To really get a true idea about what an open sewer MSM really is, be sure to watch/listen to my interview with JP Leonard and Andrew Schlademan, about the book they published,

Presstitutes: In the Pay of the CIA-A Confession from the Profession. Book interview with John-Paul Leonard and Andrew Schlademan. China Rising Radio Sinoland 200214 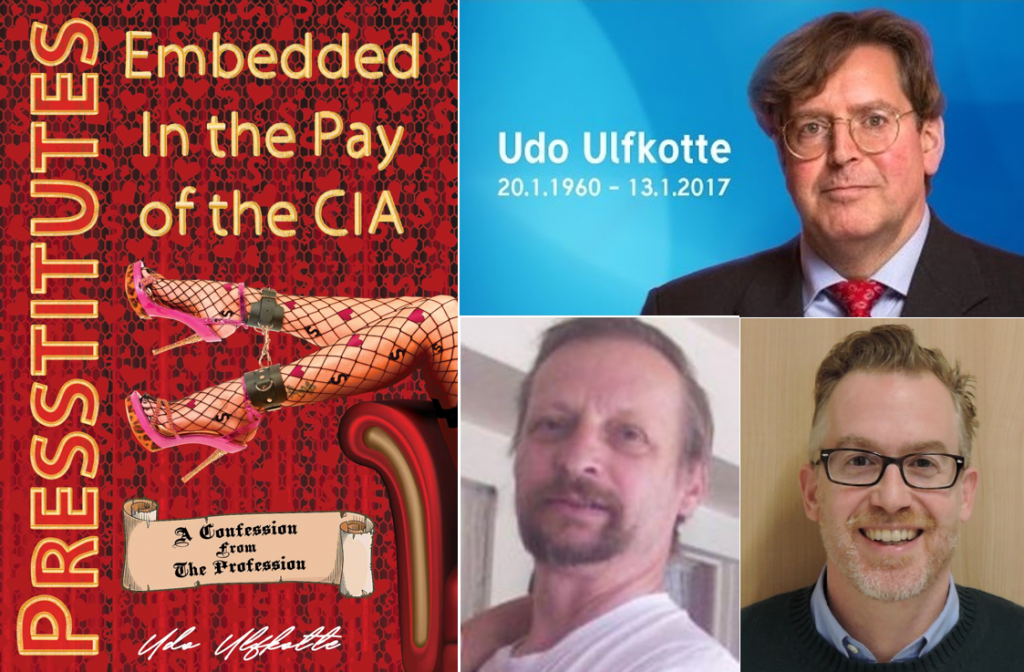 Before we talked, I wrote out my answers as a matter of record. Herewith are this freelance journalist’s questions and my replies,

Question:  How long have you been vlogging in China? Is vlogging in and about China different than doing so in other South and East Asian countries?

Jeff: I started blog writing in 2010, audio blogging in 2014, then video blogging in 2017. Since then, I typically do all three for each article/podcast. After living and working in China for 16 years, starting in 1990, my wife and I just moved to Thailand, to a fresh perspective on Asia. In both countries, the biggest vlogging challenge is bandwidth. Recording video interviews gobbles up a lot of megabytes and slow internet can make producing and uploading videos more challenging.

Q: What has your experience been vlogging in China? Good? Bad? Welcoming? Harassing?

Jeff: Wonderful. China is the Greatest Show on Earth, accomplishing so many things for so many people, which in human history have never been done on such a monumental scale. Since I blog in English, my fanbase in China is small, compared to the rest of the world. However, those who do follow me tell me there and around the world that they love my work. That’s why I do three media for the same piece: written, audio and video, to reach as many fans as possible, around the planet.

Q: Do you know any of the other western vloggers in China? What is your impression of that community? Is it even a community in any real sense?

More directly, I started an Outlook group, called China Writers’ Group, with both Westerners and Chinese members, where we exchange a lot of information.

Q: Do you feel constrained at all in what you post online while in China? Do you feel the need to censor yourself?

Jeff: Never, but I am very impressed by what Baba Beijing and the country’s 1.4 billion citizens are accomplishing, so I’m positive and truthful about what I produce.

Q: What, in your experience, is the average Chinese person’s awareness of or attitude toward the Great Firewall?

Jeff: Excellent question. In the West, it’s one of the most misunderstood Chinese government policies and deserves thorough, honest explanation.

First, the citizens demand and want the Great Firewall. It’s discussed at length in the national and social media. The Chinese government treats its citizens like adults, telling them everything: censorship, cameras, face and voice recognition, data gathering, etc. The Chinese expect Baba Beijing to maintain social harmony, political stability and economic prosperity for all. They are generally socially conservative and would not accept an endless avalanche of mind numbing, Western “tittytainment”.

Second, if the Great Firewall were not in place, the CIA-MI6 complex and all its umpteen NGOs would create thousands of bogus Facebook, Twitter and Instagram accounts, vomiting fake news and sensational Big Lie propaganda targeted to the Mainland. Chinese citizens defiantly reject all this color revolution sabotage against them, which has been going on nonstop, since 1949, when China gained its liberation, freedom and independence from Western imperialism and colonialism.

Don’t take it from me. Pew Research Center, which is 100% US-owned, has its ongoing Global Attitudes Survey. Year after year, around 70% of Chinese approve of their media, the highest in the world. In the US, it’s in the low 30s. After living and working 16 years in China, I know that its citizens have a much more truthful and realistic perspective on world affairs, than Westerners, hands down.

Third, the Great Firewall is fantastic national policy, showing visionary foresight, since it has allowed China to develop its own thriving internet and social media infrastructure, businesses, economy and culture. As a result, the PRC has some of the world’s biggest and most profitable IT corporations, like Baidu, Alibaba and Tencent, the last which is now ranked among the World’s Top Ten biggest companies. There are hundreds of other smaller, but just as successful entities. In 2018, China had nine of the Top 20 global tech companies, with the US taking the other eleven. It’s probably even-steven in 2019. Without the Great Firewall, none of this could have ever happened. A case in point is our interview using China’s WeChat. Without the Great Firewall, we would be using the US’s WhatsApp.

Q: Have you had any experience with the so-called wumao [note: people who are paid to leave comments online, at the end of articles]?

Jeff: No, but every government around the world, at least the bigger countries, use paid online commenters, as well as censoring unwanted comments. Eurangloland is no exception.

Q: Some prominent China YouTubers have reported being solicited by people in China to promote certain themes or messages on their channels. Have you ever been paid, approached, or directed by any organization to speak in defense of China and/or the CCP?

Jeff: I have been paid by Chinese entities to write articles for them, which is quite normal for journalists to do. But, I have never been asked to skew my reporting to favor China. However, every government worth its salt tries to mold all concerned media to project a certain image and message. I just read Udo Ulfkotte’s sensational book, “Presstitutes: In the Pay of the CIA – A Confession from the Profession”. I will be interviewing the publisher and translator later this month. It’s shocking and disgusting. The worst offenders are Westerners. When I interviewed James Bradley, he said that the US media is government controlled and corporate managed (https://chinarising.puntopress.com/2020/02/07/james-bradley-talks-about-his-new-podcast-program-untold-pacific-china-rising-radio-sinoland-200207/). He sure got that right, and all the other Western countries are just as Orwellian. 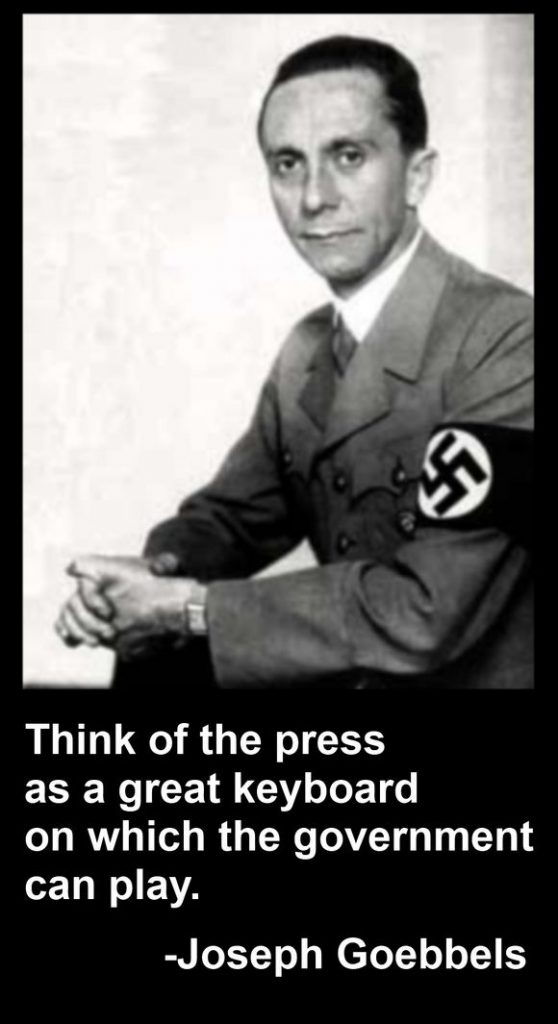