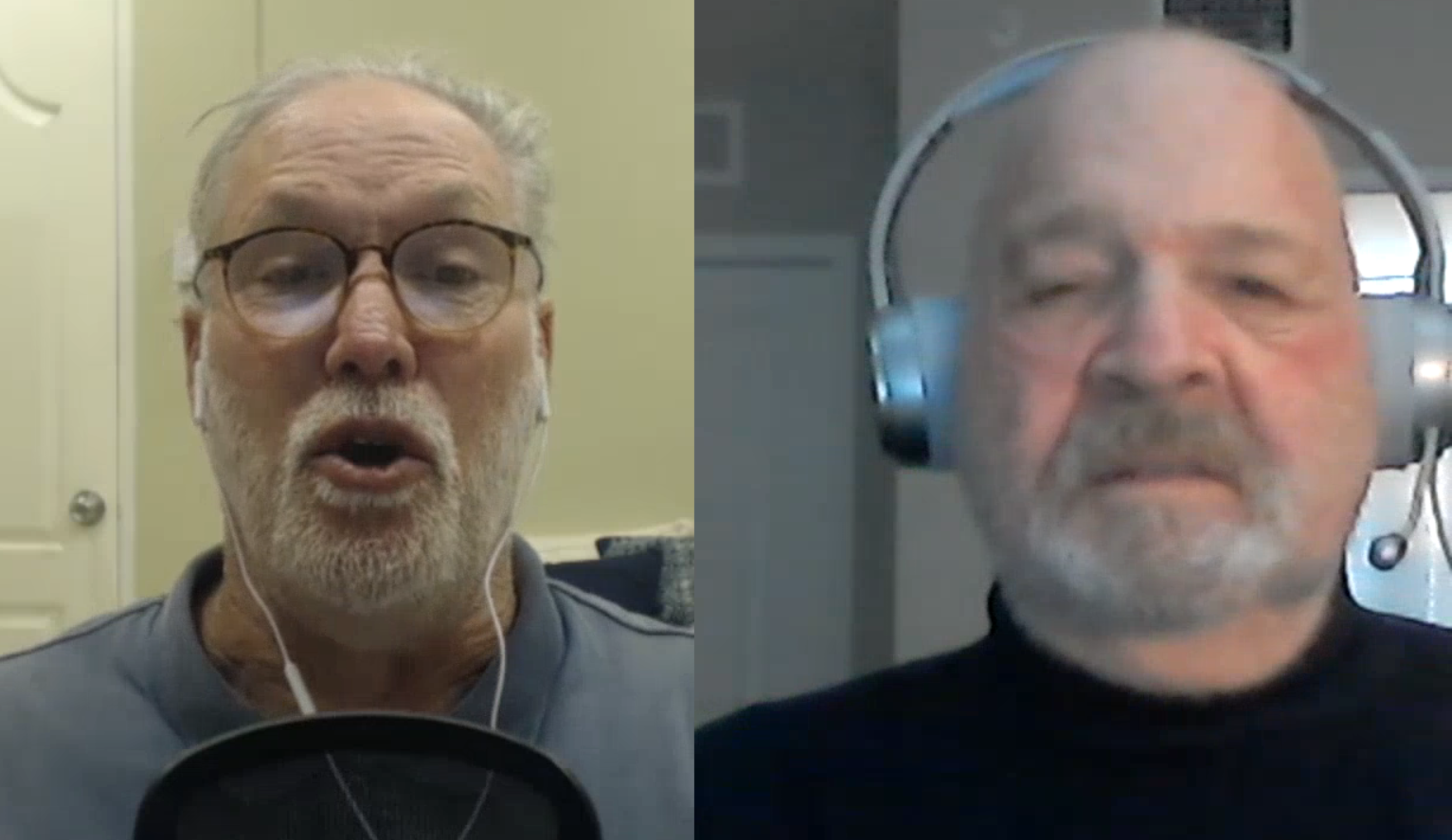 Pictured above: yours truly on the left and David Pear on the right, discussing his interesting and informative two-month stay, traveling around Russia.

I am so happy to have David back on the show today. We have never met in person, but over the years of staying in regular touch by email, I consider him to be a good friend and a true comrade. He not only writes, but fights hands-on against Western capitalism and in support of social justice for the global 99%. Meeting him is on my bucket list, and the first pot of Russian tea is on me!

A little about David, before we get started.

David is a progressive columnist writing on economic, political and social issues. His articles have been published by OpEdNews (where he is also an active editor), The Greanville Post, The Real News Network, Truth Out, Consortium News, Global Research, and many other publications. David is active in social issues relating to peace, race relations and religious freedom, homelessness and equal justice. David is a member of Veterans for Peace, Saint Pete for Peace, CodePink, and International Solidarity Movement.

David is also a founding member of the Bioweapon Truth Commission and has contributed to its Global Online Library (www.bioweapontruth.com).

In 2017 David spent 3 weeks in South Korea researching the Korean War of 1950 to 1953. In 2016 David spent 10 weeks in Palestine with the Palestinian lead non-violent resistance group International Solidarity Movement. In February of 2015 he was part of a people-to-people delegation to Cuba with CodePink. In November of 2015 he was a delegate with CodePink to Palestine to show solidarity with Palestinians. David frequently makes people-to-people trips to Russia as a private citizen. David returned to Palestine for 10 days in March 2018.

David resides in Clearwater Beach, Florida. His hobbies include boating, fishing, RV’ing and motorcycle touring. He is also a licensed skydiver (USPA-inactive).

I’ve had David on the show twice before, following his travels to Korea and Palestine.

Today, we are going to talk about his recent trip to Russia. I am inured to Eurangloland’s blatant anti-Slavic racism and imperial propaganda against a country and its people that have been relentlessly attacked since the great schism between the Catholic and Orthodox Church 1,000 years ago (1054AD). I cut my adolescent teeth reading all the great Russian writers. My father was an expert in classical music, so I got to hear the full range of the Russian School. As a certified science teacher, I have always had a healthy respect for Russia’s extensive contributions to technology, invention and innovation. I traveled to Russia and the Caucasus in 1984, got to see the country and meet the people myself. In a nutshell, I know the West’s Big Lie Propaganda Machine (BLPM) against all things Russia is a load of hysterical bunk.

David and his Russian wife, Elena spent time in Moscow, Yalta, Crimea; Rostov-on-Don, Volgograd/Stalingrad, Kislovodsk, Caucasus; and Zelenograd, where she has a residence. Needless to say, their experiences are unique, compared to being passing through tourists, since they spent time with friends and family – normal, everyday Russians with the same dreams and concerns as the rest of us.

Here are quick links to the places they visited,

David kindly sent me a few of his trip photos, which you can enjoy here,

3 thoughts on “David Pear shares his impressions and experiences of two months in Russia. It’s not the country and people the BLPM blasts in your face. China Rising Radio Sinoland 200404”