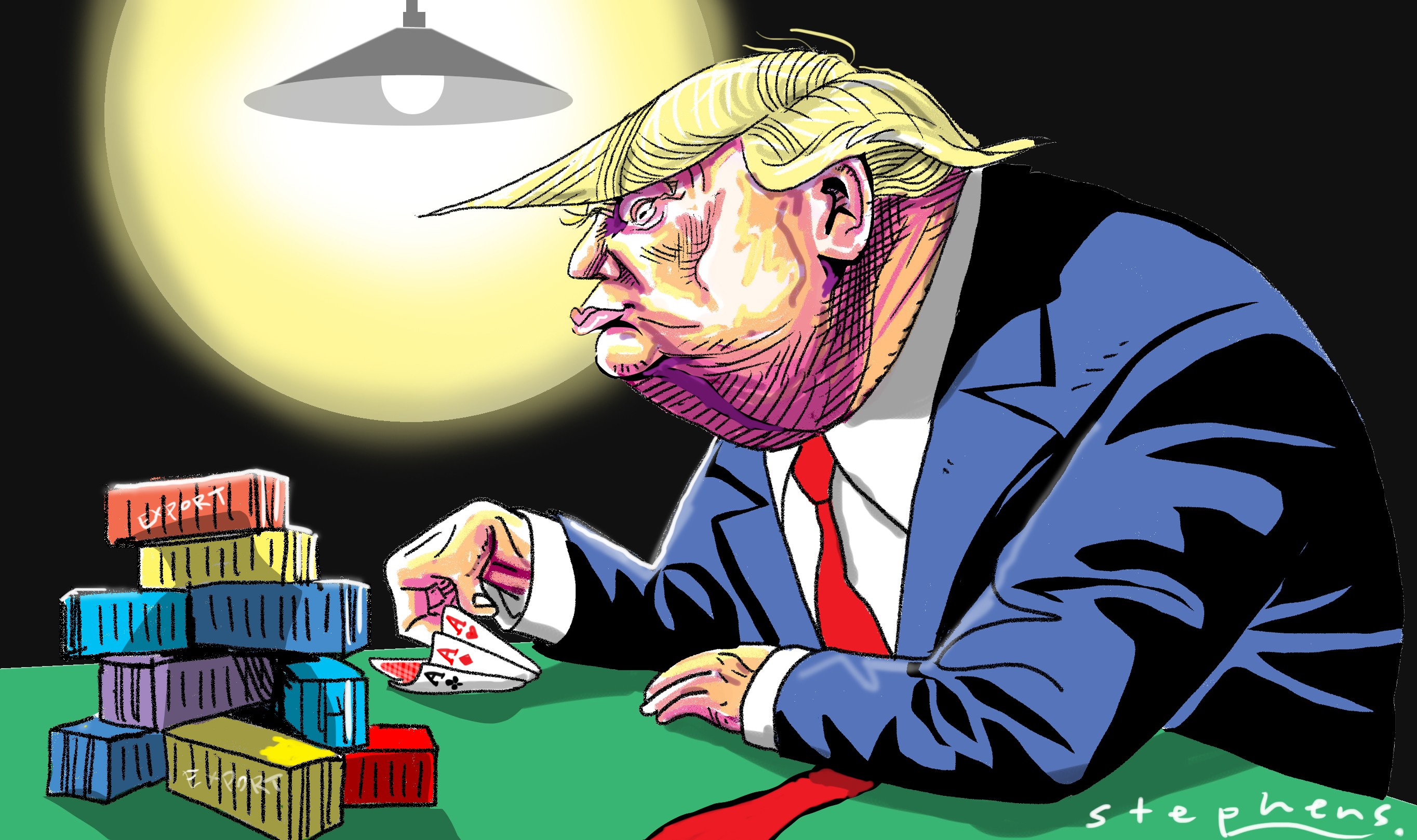 Pictured above: looks like Trump and the Western oligarchs are ready to gamble the world into a massive 100-year depression, in order to beat communist-socialist Baba Beijing. They will die trying.

The White House is considering freezing funding for the World Health Organisation (WHO) while Trump aides are mulling over creating an alternative to it. Donald Trump is likely to announce his decision on the WHO this week. International observers have explained the Trump administration’s crackdown against the entity.

Donald Trump is up in arms about the World Health Organisation (WHO) and its Director-General Tedros Adhanom’s handling of the coronavirus pandemic: the US president has claimed that the international organisation is “China-centric” and was slow to respond to the COVID-19 crisis.

“They could have called it much earlier”, Trump said during a coronavirus task force briefing on 7 April. “When they call every shot wrong, that’s no good”.

Earlier, the White House threw into doubt China’s COVID-19 statistics and supposed that the WHO was involved in helping China to cover-up the coronavirus contagion problem. Dr Bruce Aylward, a senior adviser to the WHO director-general, rejected Trump’s criticism, saying that the organisation’s approach towards China was no different than to any other state hit by the pandemic.

As the US has topped the list of the world’s countries struggling with the highly contagious disease in terms of both number of confirmed cases and deaths, the White House is mulling over suspending its funding of the entity as well as the Pan American Health Organisation (PAHO), a related body. It is not the first time, however, that Trump has proposed cutting US funding for the WHO: in February, the White House was considering reducing its global health funds for 2021 by $3 billion, including halving its annual funding of the WHO, according to Foreign Policy.

Alternative to WHO: Neither Easy, Nor Cost-Effective

Meanwhile, American agencies and departments that funnel money to the WHO have been asked not to send those funds this fiscal year unless they obtain higher-level approval, as Politico reported on 9 April, citing two individuals familiar with the issue. Moreover, some Trump aides have suggested creating an alternative institution to the WHO.

“Establishing an alternative competing organisation will not be easy nor cost effective”, says Earl Rasmussen, a researcher and executive vice president of the think tank Eurasia Centre. “Nor will it quickly, if ever, gain wide international support and unfortunately will most likely be destined to fail similar to many early initiatives, especially if used as an extension of political objectives”.

Rasmussen points out that the WHO’s annual $5 billion budget is funded by assessed and voluntary contributions, with the US share being set at 22% of the assessed amount. However, an alternative organisation “will likely need to be funded almost exclusively by member organisations initially” and “increase the US share of any funding of such a comparative organisation”.

In addition, it could cause a split in support of the WHO and further reduce funding, “thereby creating a diversified view of global health issues”. According to the researcher, a US potential alternative to the WHO would in all likelihood be an arm of foreign policy and “will degrade global health awareness and cooperation”.

For his part, Jeff J. Brown, the editor of China Rising Radio Sinoland, China Tech News Flash!, and author of The China Trilogy, deems that Washington’s threat to suspend funding for the WHO and establish an alternative entity “shows just how desperate Western oligarchs are about controlling global propaganda”, while China, Russia, Iran, Venezuela, and Cuba are winning the global coronavirus soft power competition.

“This bullying is not new”, Brown highlights. “Arch-conservative politicians like Barry Goldwater and Ronald Reagan used threats to leave the United Nations as red meat to satisfy America’s nationalist, nativist sentiments. The US is routinely about $1 billion in annual arrears for its contributions to the UN. The US and Israel already left another august international body, UNESCO, because they could not totally control its mission and message”.

He echoes Rasmussen by assuming that a US-formed health entity could become “a propaganda tool” against Washington’s geopolitical rivals, including China, Russia, Iran, Venezuela, DPRK, and Syria.

“The US has not replaced UNESCO with its own version and if it did, along with a Yankee WHO, at best it could browbeat its vassal ‘allies’ in Europe, Asia and Latin America into joining”, he says. “How a Yankee WHO would be funded would also be another inside joke, as America’s military vassals in NATO and Asia usually fall short of America’s constant, threatening demands for more money”.

Five Reasons for US Blasting WHO

There are several reasons for Washington’s rhetoric and decision to crack down against the WHO, according to Earl Rasmussen:

The Trump administration’s approach towards the WHO comes as no surprise, given its long record of torn-up international agreements and pacts, deems Rasmussen.

However, the US efforts of “political pressure” and the blame game do nothing to address the risks ahead and do nothing “to support global solutions which are sorely needed”.

While Washington is pinning the blame on the WHO and Beijing for the crisis unfolding in the US, “China seems to have the pandemic under control and it is China along with Russia and Cuba which seem to be sending international aid and assistance around the world, even to the US”, Rasmussen notes.

“This is a time to seek global cooperation, to put politics aside and work together to solve the world’s problems”, he emphasises. “This is why the UN and the WHO were created; we should leverage the structure and their expertise to resolve our current global health pandemic”.

It is expected that the US president will announce potential restrictions against the WHO by the end of this week.

The buck stops with YOU. If you don't share this, who will?
Categories: china, China Rising, Deep State, Jeff J. Brown, Radio Sinoland, US Empire
| Tags: Sputnik News, Trump, WHO

2 thoughts on “Five Reasons Why Trump Cracked Down on WHO, China Over COVID-19 Response. Jeff J. Brown contributes to an article on Sputnik News. China Rising Radio Sinoland 200423”